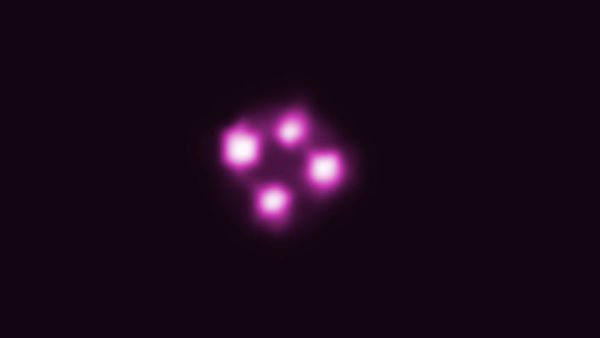 The gravitational lens allowed the Chandra X-ray telescope to very accurately measure the speed of rotation of a black hole in one of the galaxies in the constellation Pegasus. It turned out that it moves around the axis almost as quickly as the light, scientists write in the Astrophysical Journal.

“Measurements of the speed of rotation of black holes are very important for us, since they reflect how these giants grew, how they interacted with the rest of the galaxies and what their immediate surroundings look like. We first used the X-rays of quasars to accurately calculate this parameter and understand how close any celestial body can come to it, “write scientists.

Any accumulation of matter of large mass interacts with light and causes its rays to bend in the same way as ordinary optical lenses do. Scientists call this effect gravitational lensing. In some cases, the curvature of space helps astronomers to see ultra-distant objects — the first galaxies of the Universe and their quasar nuclei — that would be inaccessible for observation from Earth without a gravitational “magnification”.
If two quasars, galaxies or other objects are located almost exactly one behind the other for observers on Earth, an interesting phenomenon arises. The light of a more distant object will split when passing through the gravitational lens of the first. Because of this, we will see not two, but five bright dots, four of which will be light “copies” of a more distant object.

Such a structure is often called the “Einstein cross” because its existence is predicted by the theory of relativity. Most importantly, the same theory says that each copy of an object will be a “photo” of a quasar, a galaxy or a supernova at different periods of their life due to the fact that their light spent a different amount of time to exit the gravitational lens.
Xinyu Dai from the University of Oklahoma in Norman (USA) and his colleagues used Einstein’s “crosses” to solve a problem that many other astronomers previously considered impossible – they were able to directly measure the rotational speed of several supermassive black holes at once.

In the past, such measurements were carried out only indirectly, since the black hole, despite its huge mass, cannot be seen and measured. Dai and his colleagues paid attention to the fact that both the mass and the speed of rotation of a black hole are reflected in how its X-rays look and in what sizes the area where it is born has.

This region is almost as small as the horizon of the black hole itself, which is why it is practically impossible to see it under normal conditions. On the other hand, “Einstein’s crosses” allow you to do this if they are superimposed on each other or on other types of gravitational lenses.

Guided by this idea, astrophysicists studied photographs of the night sky, obtained by Chandra, and immediately found five quasars, whose light was amplified in a similar way. One of them, Q2237 + 0305, was increased so successfully that scientists were able to measure the speed of rotation of a black hole with record high accuracy.

This object, located in the Pegasus constellation at a distance of 8 billion light years from the Earth, moves around its axis impossible quickly, approximately 70% of the speed of light. The new estimates turned out to be significantly higher than the predictions obtained by indirect means, and they are only 8% less than the maximum value that the theory allows.
Thanks to such a rapid rotation, the Earth or any other objects that were in the vicinity of this black hole would remain stable and would not fall on it even if they were removed from the event horizon only 2-3 times larger than the distance between center of Q2237 + 0305 and this imaginary line.

Interestingly, the other four objects had a “normal” rotational speed, which was about two times less than that of Q2237 + 0305. Why this is so, scientists can not yet say, but they suggest that these differences reflect what happened to their galaxies in the distant past.