NASA told about the riot of the rovers Curiosity 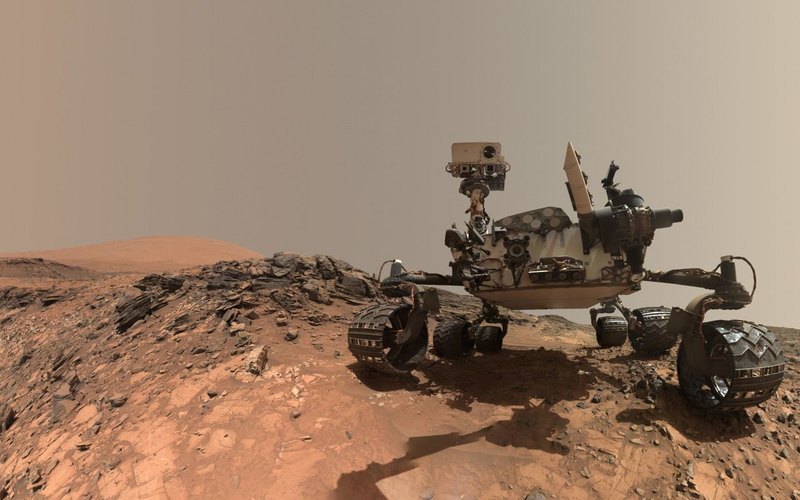 As you know, the rover Curiosity has already made an invaluable contribution to the development of our knowledge of the Red Planet. However, engineers said that at the very beginning of the mission there was a situation when the rover practically ceased to function and rebelled against the team from NASA.

Rover landed on Mars on August 6, 2012, 50 years after people began actively exploring the planet. Unlike its predecessors, Curiosity’s potential was not limited to photography: a talented robot could independently take samples of soil and clay, drill boulders and produce spectrometry samples.

In order to carry out all this complex scientific activity, the rover has two “think tanks”, of which Rob Manning, chief engineer of the JPL, responds as “the first and second pilots”. The rover constantly carries out those or other calculations, and then sends to Earth their results. But, after half a year, spent on Mars, he began to show the first signs … of a riot.

Computer Pilot (the very notorious “first pilot”) has the ability to run self-diagnostics. The rover had memory problems, and the first computer had to transfer control to the second – but for some reason it did not. “The computer began to be self-willed and show character: when we advised him to take a nap, he refused to go into sleep mode. Then he stopped taking pictures, and then stopped research, “Manning says.

Faced with a computer-apostate, Rob had no choice: he had to turn off the Pilot and transfer control to his partner. It was a risky step, because if the activation of the second computer failed for one reason or another – the entire mission, the value of which exceeds $ 2.5 billion, was put at risk. After a few tiring seconds of waiting, the system still showed signs of life: Co-Pilot has downloaded all the data and continues to work until now. However, engineers do not exclude the possibility of a relapse of the strange riot of the explorer of the Red Planet.