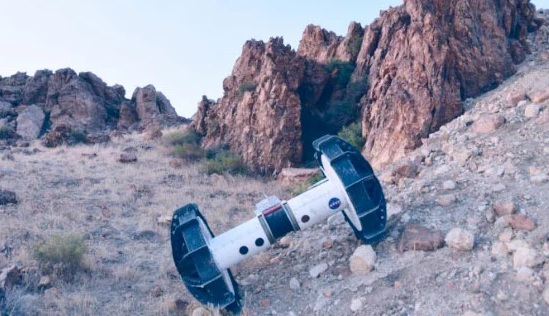 NASA has shown a prototype of the DuAxel four-wheeled rover that can be split into two separate two-wheeled rovers. This moving transformer is designed to one day explore the most difficult terrain on the Moon or Mars.

One part of the rover can anchor to the sloping wall, while the other can detach and descend steep slopes via an attached cable, as shown in this NASA video.

NASA’s Jet Propulsion Laboratory has already tested such a scenario during a field experiment in the Mojave Desert, where the new apparatus “performed very well.”

“Axel then maneuvered down steep and rocky slopes on his own using his tools without using a robotic arm.

DuAxel opens up access to more extreme places on planetary bodies such as the Moon, Mars, Mercury, and possibly some icy worlds such as Jupiter’s moon Europa, ”said robotics designer Issa Nesnas.