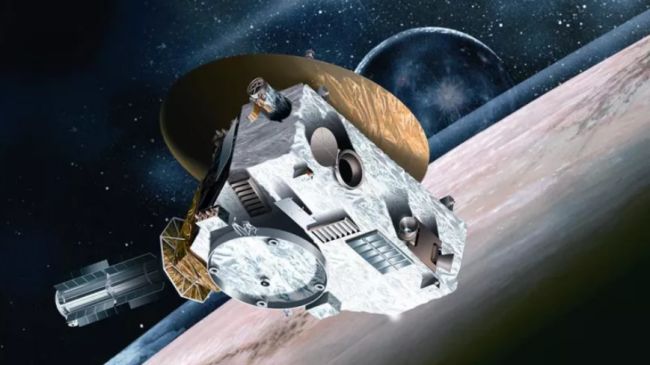 Until now, NASA has been creating tools to search for biosignals that could only indicate the possibility of life, but not life itself, no matter how primitive it is. As part of the new project, NASA wants to create an automated planetary robot that will simulate what biologists spend every day in terrestrial laboratories: look through microscopes to visually identify the microbial life living in the samples, the official website of the aerospace agency reports.

The project is led by Melissa Floyd, a scientist from NASA’s Goddard Space Flight Center in Greenbelt, USA. She created a 3D print prototype of the FISHbot device and promotes it as a tool for searching for bacterial life on Mars and other objects of the solar system.

“Life exists everywhere on Earth, even in places not suitable for people’s lives. I constantly thought about it. So I had an idea: what if life on Mars could develop just like on Earth? Mars in its past was definitely subjected to the same bombardment with “chemical soup” as the Earth, “- says Melissa Floyd.

The scientist adds that this is not just an assumption. The idea has a scientific justification. Nucleotides – molecules that form deoxyribonucleic acid and ribonucleic acid – have already been found in comets. These molecules, more commonly known as DNA and RNA, store and transmit genetic information at the cellular level in all living organisms on Earth.

To search for life on another planet, Floyd’s robotic instrument would focus on identifying bacteria and archaea. They are representatives of a large group of unicellular microorganisms that thrive in different conditions and are considered the first organisms appearing on Earth about 4 billion years ago. On Earth, one gram of soil can contain about 40 million bacterial cells, and in a milliliter of fresh water an average of up to one million of these cells.

The concept, which, in her opinion, can be embodied in the form of a separate robotic device or in the form of several rover tools, is based on a very popular method of chemical analysis – fluorescence in situ hybridization. Fluorescent in situ or FISH hybridization is intended for detecting RNA, as well as detecting and locating a specific DNA sequence on metaphase chromosomes or in interphase nuclei in situ. These filamentous structures are present in the nuclei of most living cells and contain genetic information in the form of genes. The FISH method is widely used in preimplantation, prenatal and postnatal genetic diagnosis, in the diagnosis of cancer, in retrospective biological dosimetry.

In fluorescence hybridization in situ, DNA probes are used that bind to complementary targets in the sample. The DNA probes include nucleosides labeled with fluorophores (a fragment of the molecule that gives it fluorescent properties). In direct labeling, the DNA probe connected to the target can be observed with the help of a fluorescent microscope immediately after the hybridization is completed.

“I’m trying to figure out if all this can be done with a robotic tool,” says Floyd and adds that it would be great if the system could carry up to 10 probes to identify a wide range of unicellular organisms.

“Even if there are fragments of highly conserved genetic sequences that are found anywhere on Earth, FISH would be able to identify them,” the expert explains.

The main difficulty, the scientist notes, is to simplify and automate the process so that the samples can be prepared in separate substrates, heated, and also autonomously turned over for a more detailed microscopic survey, which is most likely to be done many times for a deeper analysis.