NASA was told when extraterrestrial life was found 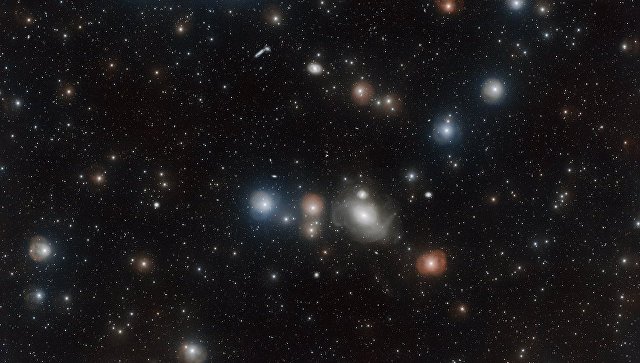 NASA staff voiced their forecasts regarding the timing of the discovery of extraterrestrial life. This is reported on the site of the Jet Propulsion Laboratory of the California Institute of Technology.

Scientists believe that in the coming decades a planet will be found on which there is life.

“I think in 20 years we need to find a potential candidate,” said Tony del Genio from the Goddard Institute for Space Research. According to him, before going on a quest to find extraterrestrial organisms, scientists “are trying to understand the climate of which planets are favorable for life.” To do this, NASA researchers use the same climate models to predict climate change on Earth.

Tony del Genio recognizes that life can exist in forms and places that are fundamentally different from the terrestrial. But to date, scientists have to search, based on the forms of life with which they are familiar.

So the artist imagined a third type of galactic civilization of Kardashev, building the Dyson sphere

Hu’s return from the Jet Propulsion Laboratory believes that luck can succeed in such searches. However, the timing of detection of an exoplanet with a climate that is conducive to life depends on whether a celestial body of suitable size is located near the Earth with the required orbit and biosignatures, that is, traces of the existence of life that scientists can recognize.

According to Andrew Rashby, an employee of the California Ames Research Center, extraterrestrial life can exist even in the solar system. As the most likely candidates, he named the satellite of Jupiter Europe and Saturn’s moon Enceladus. These celestial bodies are covered with ice, but scientists have discovered that under it are the oceans of water.