NASA: We are not alone in the universe 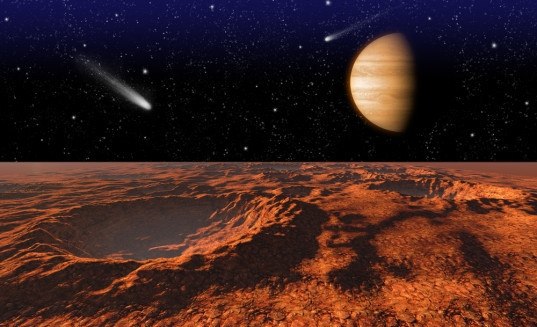 We are not alone in the universe — such is the belief of the staff of the National office for Aeronautics and space USA (NASA). Moreover, the Agency is so confident in their rightness that promise to find traces of extraterrestrial life within the next 20 years.

Making such loud statements, NASA experts refer to the amount of water found in the Solar system. Water is a basic condition for the origin of life. The last time her presence was discovered on many planets. For example, on the surface of the moons of Jupiter, Europe and Ganymede — under layers of ice are hidden the whole ocean. A recent study showed the presence of hot springs on Enceladus — a moon of Saturn.

Not as significant, but theoretically sufficient to sustain life sources of water exist on many planets of the Solar system.

“We know where to look. We know how to look. We have all the necessary tools and we are on the right track,” added Ms. Stofan.

The main focus in the search for extraterrestrial life are the so-called “habitable zones” — places with a temperature allowing presence of water in liquid form. Previously, it was assumed that such zones can only be located near enough warm objects such as the Sun or the Earth. Recent discoveries have shown that water can remain liquid and away from heat sources. So, in Europe the water is heated by gravity that continuously “pulls” the satellite, creating enough friction and energy to maintain the required temperature.

“Now we know that life can exist not only in the vicinity of stars, but also near the major planets,” — say NASA scientists.

The Agency planned a number of major projects, the objectives of which included the search for extraterrestrial life forms. The most promising — the mission of the flight to Europe. He is scheduled for 2021, the value of the flight — $2 billion.