NASA will search for extrasolar planets near the Solar system 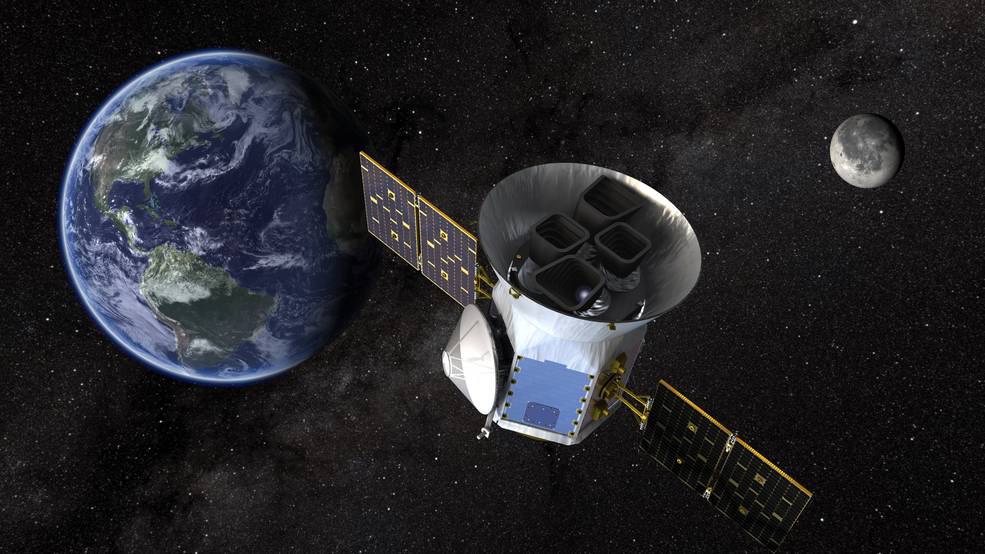 Space Agency NASA has approved a new space mission Transiting Exoplanet Survey Satellite (TESS) to search for exoplanets that are relatively close to our house. The mission is expected to start in 2017-2018. The main task the new spacecraft will search the worlds next to the brightest stars that are actually from outside our Solar system.

The spacecraft TESS will be able to determine the size of the planets, and to calculate their orbital period. These two indicators are very important for understanding whether one or another planet to support life. Figuring out the rest of the indicators and additional monitoring will be conducted by other space and ground telescopes, including the Space telescope James Webb (JWST), whose launch is also planned in 2018.

Unlike mission space telescope “Kepler”, which is looking for extrasolar planets located in the thousands and tens of thousands of light-years from Earth in the direction of the constellation Cygnus, circle search apparatus TESS will be limited to only a hundred (or less) of light years around the Solar system.

Every time TESS would direct their attention to a particular part of space, the area of observation will be divided by 26 ranolazine squares. The powerful cameras of the spacecraft will peer into each square only about 27 days, measuring the light indicators of the star every two minutes. The main purpose of TESS will be the star with a brightness of magnitude 12 and above, that is, those for which Land can be observed even with the naked eye. The higher the brightness value, the more it is seen. For example, the average person with normal vision can see stars in the clear night sky with the measure of brightness from six.

According to Joshua Pepper, one of the leaders of the future project TESS Target Selection Working Group, among those stars, who will watch TESS, of particular interest to scientists of bright dwarfs are ideal candidates to search for exoplanets. One of the key scientific objectives of the new telescope will search for earth-like planets, and planets that fall under the classification of “supertall”. To detect them is very difficult. The reason they are usually very small compared to their native stars size. To look for such planets close to smaller stars are much easier.

Scientists believe that over calculated the biennium of this space mission TESS will be able to be observed at least 200 000 stars and to discover thousands of new exoplanets. Although the transit method of finding exoplanets is the main objective of this mission, TESS will also be monitored for other astrophysical objects in the framework of the Guest Investigator (GI) Program.

“The primary objective of the GI Program is to maximize the payload, which TESS will be able to cope,” says PADI Boyd, head of Guest Investigator Program Office at the Space center flight Goddard owned by NASA.

“Although TESS was developed to search for planets by the transit method, its technical features have potential that goes far beyond the normal search for exoplanets”.

According to Boyd, a list of tasks that TESS can handle, enables monitoring of the brightness of the stars, search binary systems, supernovae that can be found in nearby galaxies, and the observation of active supermassive black holes.

With such potential, how has TESS space telescope, astronomy will not be bored for at least another few years.

“The coolest thing related to TESS, is that very soon I will be able to get out of town with my daughter to point to any star in the sky and say, “look, near it also there is a planet,” says Stephen Reinhart, one of the scientists of project TESS.