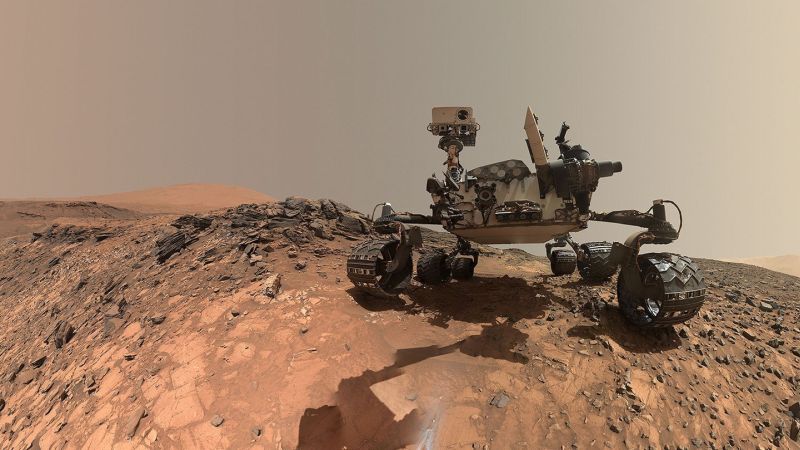 NASA decided on a place on Mars to land the next rover in 2020. They will be the area in which, probably, was the delta of the ancient river.

The spacecraft with the rover is planned to be put into the crater of Jezero, which could be habitable billions of years ago. NASA paid special attention to the choice of this place for research. Someday, samples collected by the rover can be returned to Earth for study. Marsouchod Curie is the successor of the Opportunity apparatus, which has been working since 2004.

NASA believes that in the cliffs of the Ezer crater, whose width reaches 50 km, signs of ancient life on the Red Planet could be preserved. Satellite images of this area confirm this. After a long study of the pictures, the scientists found out that earlier in the crater there was a delta of the river, which flowed into a large lake. In such an environment 3.5 – 3.9 billion years ago there could appear several types of bacteria. Then the surface of Mars was warmer and more humid than it is now.

According to NASA project manager Ken Farley: “The river delta perfectly preserves biological attributes — any evidence of life that could exist in the lake’s water, in underwater silt, as well as in the upper reaches, which were carried away by the river, and they could be preserved in the delta.”

The depth of the crater reaches 500 m. This object became a favorite on the ballot as part of a closed NASA conference. The crater is located north of the equator of Mars. It was named after the Bosnian city. The main objective of the mission is to collect and pack soil samples into sealed canisters, which should be delivered to Earth for further study.