NASA will soon send a unique mission to the Sun 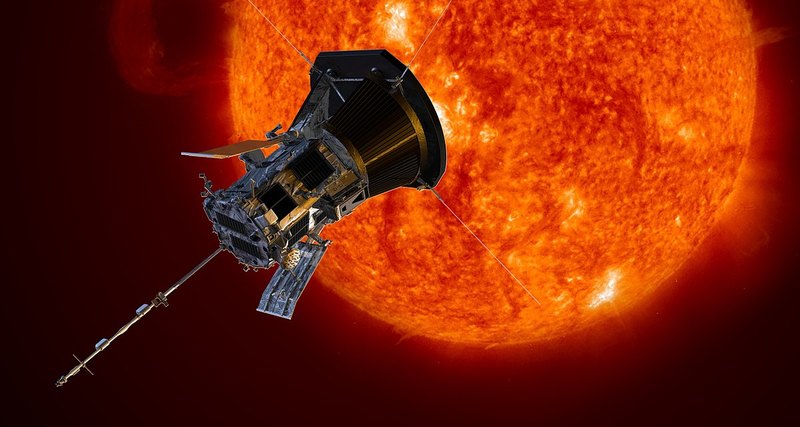 For several decades, NASA is working on creating a spacecraft to study the outer corona of the Sun. Now the plans are close to reality: the Parker Solar Probe probe will soon go on a mission.

To study the sun, science needs to know exactly a lot of parameters: the structure and dynamics of magnetic fields in the sources of the solar wind, the level of acceleration of the solar wind, the amount of energy emitted by the solar corona, the effect of plasma particles on the solar wind and much more. For this purpose, since the 90s of the 20th century, work has been underway to create an automatic ship that will approach the surface of the Sun at a distance of up to ten solar radii: it is much closer than all the devices that have ever been sent to the luminary. The project worth $ 1.5 billion changed the names several times. In 2017, it was renamed the “Parker Solar Probe” – in honor of the outstanding modern astrophysicist Eugene Parker. This is the first time in history that the spacecraft NASA was given the name of a scientist during the life of the latter.

Since January, 2018 in the Goddard Center the station was subjected to temperature tests in a vacuum: it was required to make sure that the probe and its equipment can withstand a low temperature – up to minus 180 ° C. After the success of this test was tested for the effects of extreme heat and sudden temperature changes.

In April, Parker Solar Probe was delivered to the cosmodrome at Cape Canaveral, where it passes the latest tests. Over the next few months, the probe will be coated with a thermal barrier, primed with fuel and installed on a heavy Delta IV rocket. These days various tests are continuing. Initially they were scheduled to be completed on July 31, but now engineers say it’s necessary to slightly adjust the terms, calling the opening date of the launch window on August 4 (July 31 – earlier). NASA experts assure that the mission “will revolutionize the person’s perception of the processes taking place on the Sun.” In addition, the information received by the station will be of immense value for the preparation of manned flights beyond the Earth.