NASA would like to turn the sun into a giant telescope 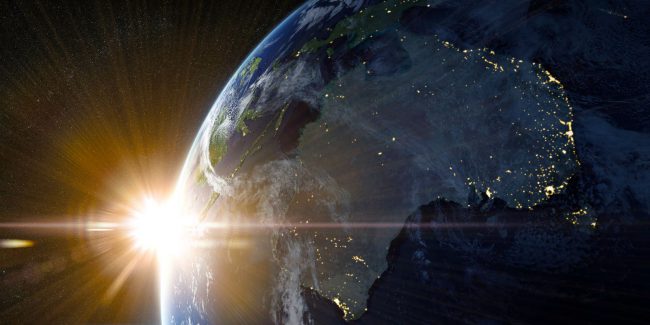 NASA astronomers are trying to look farther and farther into the universe, and therefore they need large and very powerful telescopes. And it is for this reason that the team of specialists from the Jet Propulsion Laboratory (JPL) proposed the idea of ​​using the largest object in our system – the Sun – as a giant cosmic “magnifying glass”.

According to Einstein’s general theory of relativity, massive objects are capable of curving the space around themselves, which causes other objects, including light, that move through this space, to also warp. And under suitable conditions, this light can be bent in such a way that it starts to play the role of a lens, with which you can see what is behind the object. This effect is called gravitational lensing, and astronomers have been actively using it for many years to repeatedly, but passively and not directly, to increase the power of our telescopes. Thanks to this effect, we, for example, discovered the Kepler exoplanet 452b, located hundreds of millions of light years from us.

Sounds, of course, everything is very interesting, but to implement such a project in practice will require overcoming many technical difficulties. Speaking with a presentation at the recent event NASA Planetary Science Vision 2050, the team from JPS told that in this case, the survey instruments will have to be installed at a distance of 550 astronomical units from the Sun, so that it was possible to correctly focus its light. For reference: 1 astronomical unit (ae) is equal to the distance from the Sun to the Earth. In other words, all our scientific equipment in this case will have to be located somewhere in the interstellar space. For comparison: the same cosmic probe Voyager-1, the most distant man-made cosmic object, is located at a distance of “only” 137 astronomical units from the Earth. In order to overcome this distance, a small spacecraft took 40 years.

In addition, there is some problem associated with the orbit of our planet. Depending on the position of our planet relative to the Sun and the observing equipment, the time window for these observations themselves and the study of concrete stellar regions will be extremely limited.

But, despite all these technical difficulties, the benefit of installing such a system will be difficult to overestimate. For example, now it is sometimes very difficult for astronomers, and in some cases it is impossible to distinguish a potential exoplanet from a star, near which it can turn around. In most cases, all we can see is a small set of light pixels (as was the case, for example, with the latest “images” of the TRAPPIST-1 system). However, when using the Sun as a gravitational lens, as well as technologies that reduce the brightness of the star’s light, we can truly distinguish and monitor directly the exoplanets themselves.

Moreover, in this case, we will be able to obtain even sharper pictures in a higher resolution, in comparison with what we can get now. Instead of images with a pair of pixels in the center, we can get images of 1000 x 1000 pixels. This will be enough to see the 10-kilometer surface area of ​​the planet at a distance of 100 light years. The same Hubble Space Telescope, one of the best and most advanced space telescopes of our time, is incapable of this, even if we look at it with Mars’ help. The increased resolving power will also increase our capabilities in analyzing the chemical composition of the atmosphere of remote exoplanets using spectroscopy methods.

Despite the complexity of implementing such a system, the level of scientific benefit from such a project will indeed be astronomical.