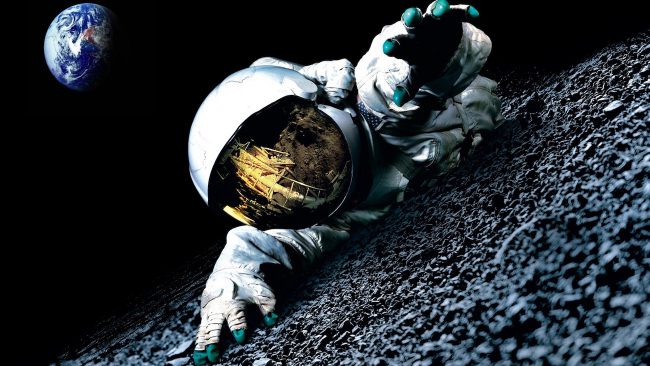 In recent years, space agencies around the world are planning large-scale research missions. All of them require a huge amount of energy carried on board the spacecraft. And if you can still do with the solar power supply near the Sun, then this approach will not work at long distances and there is an urgent need for powerful energy carriers, the main one of which almost ended at NASA.

It is worth noting that a couple of years ago we already wrote that NASA can comprehend such a fate. The fact is that a radioisotope thermoelectric generator (RTG) is being used aboard space vehicles, drawing on the energy released during the decay of radioactive isotopes of plutonium-238. Plus the use of radioactive material is that there are no moving parts in the battery based on it, it does not require maintenance for several decades, and it is enough to feed small research devices. But there is also a minus: the production of plutonium-238 is extremely expensive and labor-intensive. In addition, most of its world reserves were produced during the Cold War during the arms race, and the United States stopped production of plutonium-238 in 1988, starting to buy it from Russia.

But the US reserves are coming to an end: NASA now has less than 34 kg of plutonium-238. Since it quickly decays, only about half of it can be used for space missions. The available amount of substance is no longer sufficient to equip a mission level Cassini, which required almost 22 kg of plutonium-238. Realizing the seriousness of the situation, the United States resumed the production of plutonium-238 a few years ago, but for all this time only about 100 grams of substance were received. Another 100 grams will be received by the end of the autumn of this year.

At the same time, according to the data provided by the Accounting Chamber, everything is not so rosy with the production of a rare element. As explained by Ralph McNutt, a leading scientist at the Applied Physics Laboratory of Johns Hopkins University,

“There is no reactor for production. He’s taken apart. The cooling tower was demolished in the early 90’s. To produce plutonium-238, neptunium-237 is used, where during a year the targets are bombarded from it and a small amount of plutonium-238 is obtained. Production itself is still in the experimental phase. ”

Nevertheless, the US aerospace agency remains optimistic. According to one of the leaders of NASA, Jim Green,

“I think we are in good form for the coming decades. In our plans to accumulate a stockpile of plutonium and not allow it to limit our future missions. “