Near the black hole found the embryos of stars 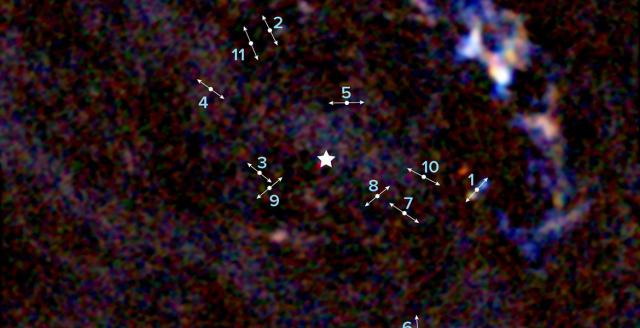 Scientists have discovered 11 small mass stars near the supermassive black hole. This neighborhood, as was previously thought, should not be, since this region should experience the gravitational impact of a black hole, and it should not be star-forming.

Observations carried out by the ALMA telescope showed that the objects are at a distance of 3 light years from the supermassive black hole known as Sagittarius A * (Sagittarius A *). In this region, the gravitational effect would have to break clouds of dust and gas before they could form stars. According to the ALMA data, discovered protostars – about 6 thousand years.

Sagittarius A * is in the center of our galaxy at a distance of 26 thousand light years from us. The mass of the black hole is estimated at 4 million solar masses. Previously, near this object, only massive young stars of about 6 million years old were found.