Near the equator of Mars, water ice 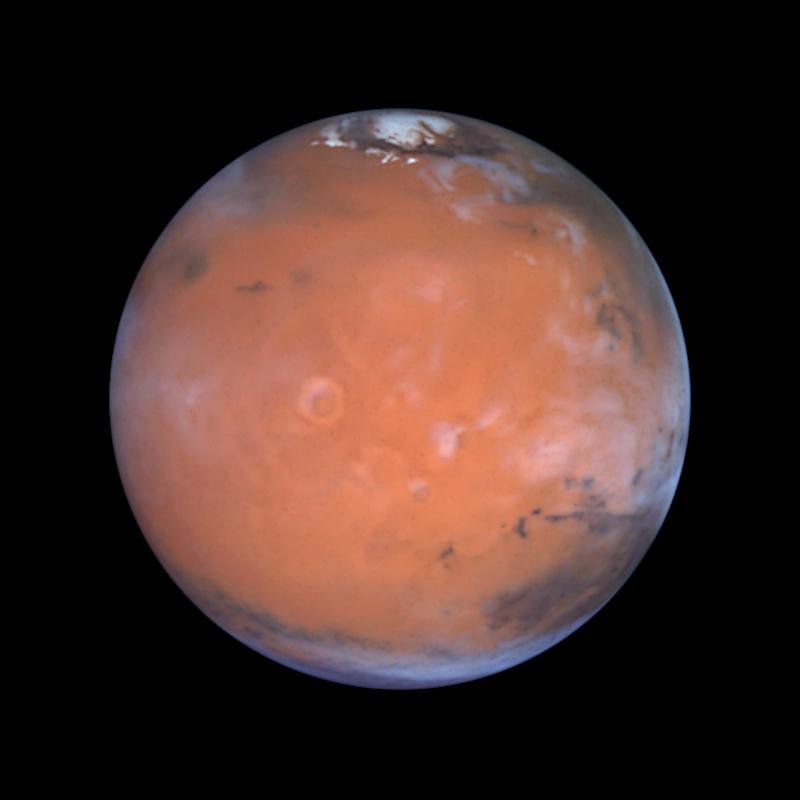 Scientists re-analyzed the scientific data obtained earlier with the help of one of NASA’s NASA Martian orbits and found evidence of a large amount of water near the Martian equator – at the point where water ice is unstable and should not exist.

These data were obtained using a neutron spectrometer installed on board the NASA spacecraft Mars Odyssey. By increasing the mathematical resolution of these data, obtained initially in low resolution, scientists noticed unexpectedly high amounts of hydrogen – which in high latitudes is a sign of water ice deposits – around some sections of the Martian equator.

The neutron spectrometer can not directly detect water, but it is able to measure the hydrogen content, on the basis of which it is possible to calculate the amounts of water or other water-containing substances. The first major discovery of the Mars Odyssey probe was the discovery in 2002 of significant amounts of hydrogen in the high latitudes of Mars. However, in the low latitudes of the Red Planet, water ice is thermodynamically unstable, so it was a surprise for scientists to detect so much hydrogen near the equator of the planet.

While scientists can not pinpoint the origin of this water ice. According to one of the working hypotheses, ice and dust from the circumpolar regions of the planet could be transferred due to atmospheric circulation to the equator at a time when the inclination of the axis of Mars to the plane of the ecliptic was higher than now. However, these conditions last time existed hundreds of thousands or even millions of years ago. During this time, ice, located at any depth, being thermodynamically unstable, should have evaporated long ago. An additional “protection” for this ice could be provided by a layer of hardened dust covering it, but this version also weakly agrees with the amounts of water ice available according to observational data at the equator of Mars, the researchers note.