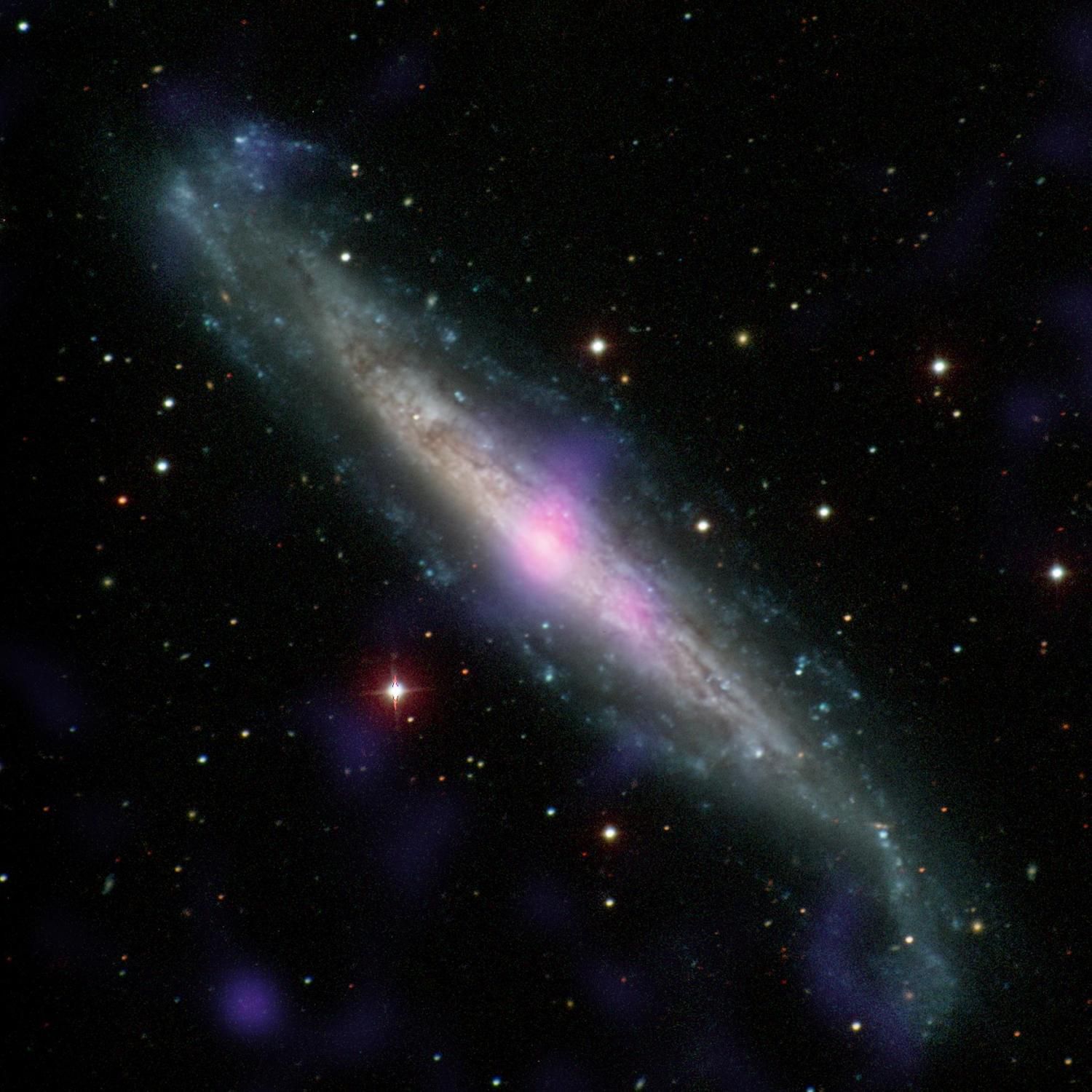 Giant black holes are sometimes hidden from observation by the thick layers of gas and dust. However, their presence falling on them gives the matter, emitting high-energy x-ray radiation, which registers the space Observatory NASA’s NuSTAR (Nuclear Spectroscopic Telescope Array). Thus in the new study, the researchers were able to see the two surrounded by a dense gaseous envelopes of supermassive black holes located in the centers of nearby galaxies.

“These black holes are fairly close to the milky way, but still remained inaccessible to observations, said EDI Anuar (Ady Annuar), PhD student Durham University, United Kingdom, and one of the authors of a new study. – They can be likened to the monsters that hide under your bed.”

The first of these studied galaxies is called IC 3639 and located at a distance of 170 million light years from us. Due to the high sensitivity of the Observatory to the NuSTAR high-energy x-rays, the researchers were able to confirm that this galaxy has an active nucleus. In addition, researchers were able to estimate the true brightness of this “monster”, considering the thickness of the layer of material that hides it from observation.

Even more interesting was the results of a study of the galaxy NGC 1448, the Central black hole which was opened only in 2009, although it is in the center of one of the closest to the milky way large galaxies located at a distance of only 38 million light years from us. The study was able to confirm that a supermassive black hole of this galaxy also hides from the observations of a thick gas column in addition, the team Anuar found in this galaxy a large population of young (age about 5 million years) star, which is a symptom of the formation in this galaxy of new stars, at the same time when the Central black hole continues to absorb the gas and dust.