New dark matter map can change the understanding of physics 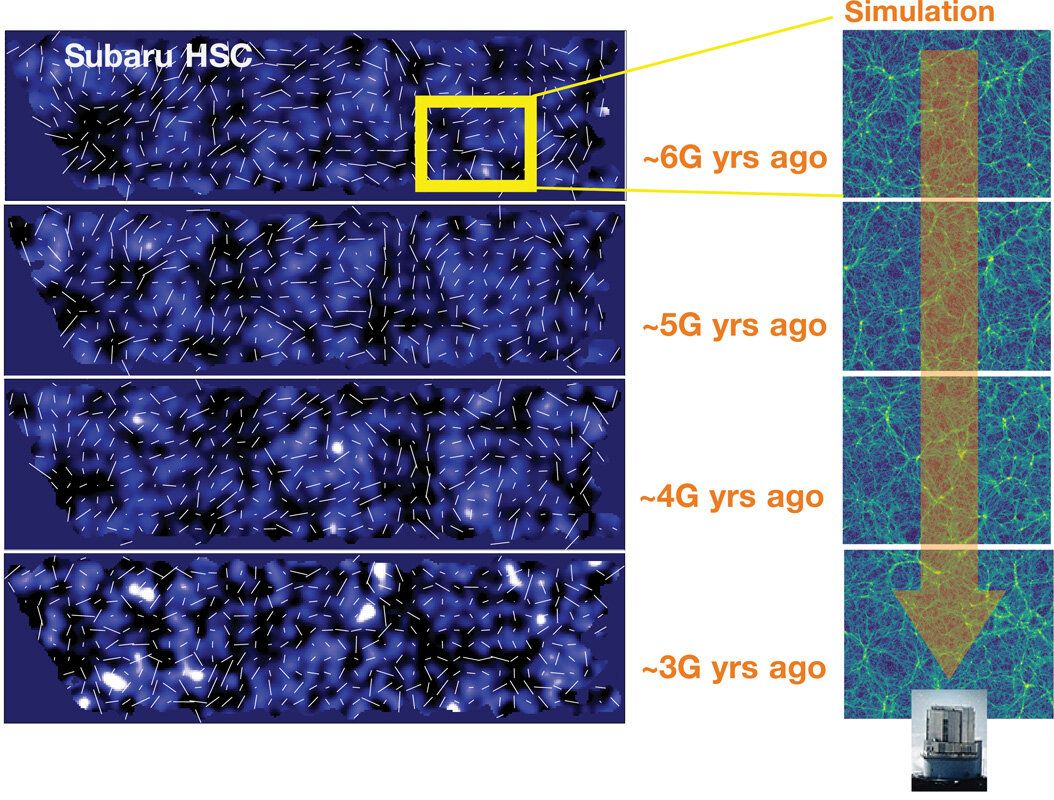 Scientists obtained data on the distribution of dark matter since the Big Bang can turn the modern understanding of physical laws, if confirmed.

Combining Einstein’s Theory of Relativity with one of the most powerful telescopes in the world helped an international team of researchers to measure where and how dark matter structures form in the universe. Their analysis suggests that space structures may develop more slowly than was thought in earlier models.

Scientists have created a new map, which showed how the amount of dark matter increased during the existence of the universe. They argue that the data obtained can reverse the modern understanding of physics. So far, research is available in the arXiv.org preprint database.

“If further data shows that we are right, it will assume that something is missing in our understanding of the Standard Model and the General Theory of Relativity,” said a physicist from the Kavli Chiaki Institute of Theoretical Physics named after Hikage.

Hikage and his colleagues analyzed images of 10 million galaxies taken with the 870 megapixel Subaru telescope in Hawaii.

Light from some galaxies went to Earth for billions of years. Given this fact, researchers have mapped dark matter since the days of the early Universe. To do this, scientists had to study how the force of gravity bends light.

What they found surprised them. The developed map suggests that the giant structure of dark matter in the Universe was forming more slowly than previously thought. It seems that these results pose a serious challenge to the modern understanding of the fundamental physical laws.

However, as Hikage notes, a new map must first be confirmed before drawing far-reaching conclusions.

“With a little more effort, if we can achieve higher accuracy, we may well find something concrete,” Hikage says. “For me, this is a serious motivating factor.”