New data in support of the existence of Planet X 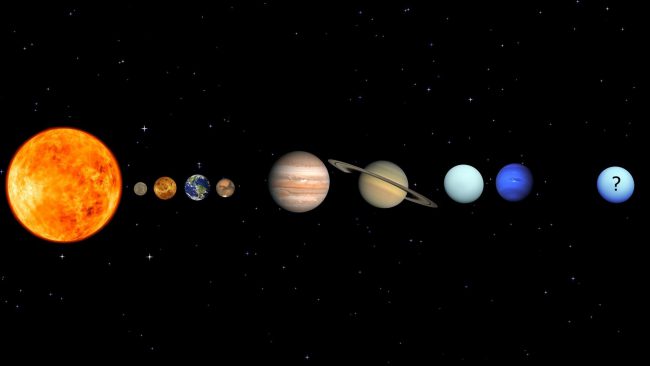 In 2016, ten years after Pluto’s status was reduced to a dwarf planet, researchers at the California Institute of Technology expressed the supposition that there might be another, “Ninth Planet” in our Solar System. This is allegedly evidenced by the gravitational impact of an unknown source on some objects of the Kuiper belt. It should be understood that as soon as these data fell into public access, heated debates began in the scientific community. Many questioned the correctness of the findings of the observations.

The study continues. Most recently, a pair of astronomers of the Madrid University Complutense reported that she used a new method of studying anomalies. According to scientists, this method negates the importance of any errors or errors in observation, since it is aimed at analyzing the effects on the space where the Ninth Planet could theoretically be located. The results of the study were published in the journal Monthly Notices of the Royal Astronomical Society (MNRAS).

Each celestial body has two so-called nodes of the orbit – points in space, where the orbit of this object intersects the conditional plane of the solar system. And at these points the probability of interaction of objects with other objects increases, for example, the same Ninth Planet. For their research, scientists measured the distance between the nodes of the orbits of 28 known trans-Neptune (TNO) objects (that is, beyond the orbits of Neptune) and the Sun. In the framework of the analysis, it turned out that the nodes of TNO orbits were grouped in a certain range of distances from the Sun, although this should not be.

“Assuming that TNOs are similar in their dynamics to comets that enter the gravitational interaction with Jupiter, we interpret these results as a sign of the presence of a planetary object that actively affects them at a distance of 300-400 astronomical units,” says the author of the study Carlos de La Fuente Marcos.

“We believe that those anomalies that we observe can not be explained by any usual errors or errors in observations.”

Of course, as yet there is no clear evidence that it is the planetary object that causes such anomalous behavior of TNOs. And to make sure that the Ninth Planet (and maybe the Tenth) does exist, we may have to wait for the data from the James Webb telescope to be sent into space in October 2018.

If we manage to open additional planets in our solar system, then this event will not only force us to update our scientific meetings on astronomy. Such a discovery will help us solve several complex astronomical riddles that we can not solve for several decades already. One of these mysteries is, for example, the unusual slope of our Sun. We will also have to revise our models of the further evolution of the solar system.