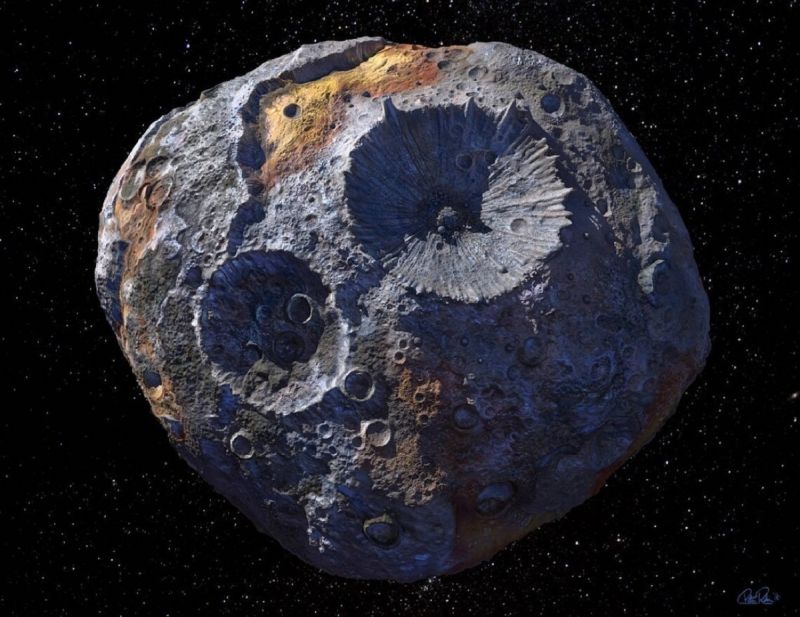 The asteroid Psyche is not at all like the space object that experts initially imagined.

Located about 370 million kilometers from Earth, the asteroid Psyche is one of the most massive objects in the asteroid belt in our planetary system. Its radius is 113 km.

The widely studied metal asteroid has long been considered the bare iron core of a small planet that could not form in the early days of the solar system. But a new study, led by the University of Arizona, suggests the asteroid may not be as metallic and dense as previously thought, and hints at a completely different story of its origin.

New research author David Cantillo says the asteroid is 82.5% metal, 7% low-iron pyroxene, and 10.5% carbonaceous chondrite, which is likely from other asteroid impacts. Cantillo also calculated that, judging by the porosity, 35% of the giant is just empty space.

The scientist’s estimates differ from previous analyzes of Psyche’s composition, which led the researchers to the conclusion that it can contain up to 95% metal and be much denser. According to Cantillo, it is likely that Psyche is not the core of an early planet, but a bunch of debris combined with each other. Something like the asteroid Bennu – this well-studied asteroid is a chipped fragment of a larger body in the asteroid belt.

NASA plans to launch a mission to study Psyche in 2022. The spacecraft is expected to arrive at the asteroid in 2026. Then the mysterious object will be studied in more detail.