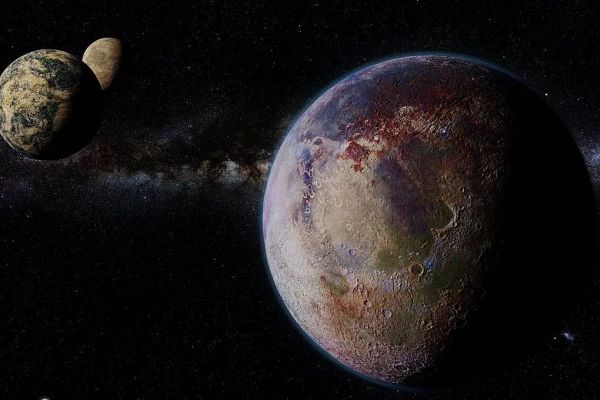 Astronomers from the University of South Queensland in Australia have discovered a new planet HD 83443 b orbiting the star HD 83443. The findings of the observations are published in preprints in the arXiv repository.

The found planet has a mass of about 1.5 Jupiters, it rotates in an unusual eccentric orbit around its host star, passing a revolution in 22 years. HD 83443 is located at a distance of 133 light-years from Earth, in the future, experts suggest, it may even become the target of space missions.

It was possible to fix a new planet thanks to data from four instruments: the spectrograph of University College London on the Anglo-Australian Telescope (AAT), the High Resolution Echelle Spectrometer (HIRES) on the Keck Telescope, the High Accuracy Radial Velocity Planet Detector (HARPS), and also using the MINERVA array of telescopes. -Australis.

At the moment, scientists emphasize the need for further study of this system in order to better understand the property of the discovered exoplanet.

In April 2022, an international team of astronomers discovered the youngest exoplanet ever observed to date. Scientists have suggested that the formation of planets may not occur as previously thought.