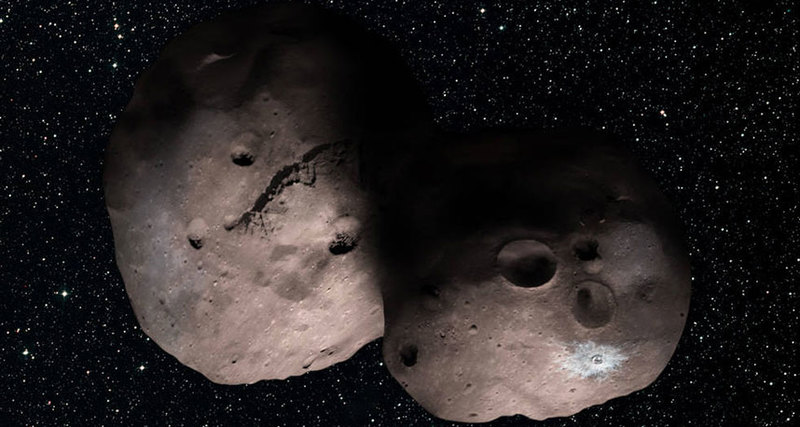 The new purpose of the probe New Horizons will be the Kuiper belt object with the memorable name 2014 MU69 in 6.5 billion kilometers from the Earth. Since both bodies that make up the MU69 are cold and do not radiate, and little light reaches them, it is difficult to see them from the Earth. Last year, astronomers sent several ground-based telescopes to MU69; As a result, it was possible to register the passage of an object along the disk of a distant star – a phenomenon known as a coating.

Measuring the change in the luminosity of the star during the coating, scientists concluded that the MU69 has 20 to 40 km in length and is either very elongated and has two massive lobes that looks like beans or peanuts, or consists of two gravitationally bound objects; about it astronomers told yesterday at the conference of the American Geophysical Union (AGU) in New Orleans.

Previous observations by NASA and European astronomers also suggest that one of the bodies of the MU69 has a relatively small satellite – this allows one to explain the location of the MU69 at a small distance from the calculated point during coatings. Find out what the MU69 is really, scientists can already in early 2019; the passage of New Horizons past MU69 is scheduled for January 1, reports Science News.