“New Horizons” may be moving toward a “swarm” of asteroids 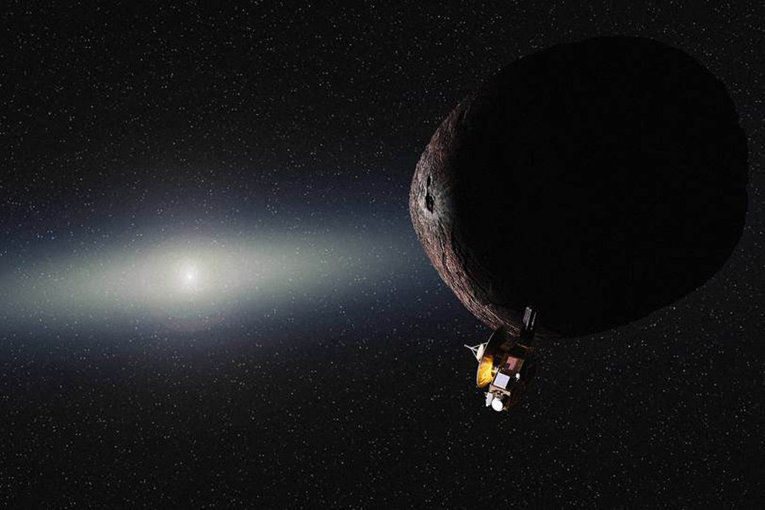 After the fall of last year, with the automatic interplanetary NASA station “New Horizons”, important scientific data was obtained, as well as some of the most interesting photographs of Pluto and its satellites, the probe entered the trajectory of “meeting” with the object in the Kuiper belt – a dwarfish Planet 2014 MU69. According to the plan, this should happen in January 2019, thanks to the launch of a series of four acceleration and maneuver cycles by the spacecraft.

“The given route” will bring “New Horizons” directly to the habitat of many asteroids, planetary “embryos”, dwarf planets and “cousins” of Pluto. Simply put, the space probe goes to the very depth of the Kuiper belt, to where the “dump” of its construction materials is located in the most remote corners of the solar system.

Scientists are already preparing for the planned “rendezvous,” although only half the way has been passed. Using terrestrial and space telescopes, they are studying this supposed sample of the primary matter of the solar system.

Observations of this trans-neptune asteroid present unique opportunities for astronomers. Until 2014 MU69 will move along the disk and thereby obscure the light, distant from the Sun for hundreds of light years, the stars, it will be possible to obtain data on its size, chemical composition and many other properties. Alan Stern, who led the mission of the space probe, said that in their plans to get more information about the “image” of this dwarf planet, which, together with their volunteers, they hoped to achieve, watching how much the star will fade.

As a result, on none of the 100,000 photographs received, the Stern team was able to find visible traces of tarnishing of the star due to the 2014 MU69. It only meant that in diameter the dwarf planet reached about 20 kilometers, instead of 40, as previously thought. And under such conditions, the surface of the 2014 MU69 should be brightly white and perfectly reflective, and not dark red, as is now believed.

As an alternative explanation, the scientists suggested that the 2014 MU69 are two dwarf planets, such a peculiar miniature “parody duo” on Pluto and Charon, or in general this small cluster of “swarming” asteroids.