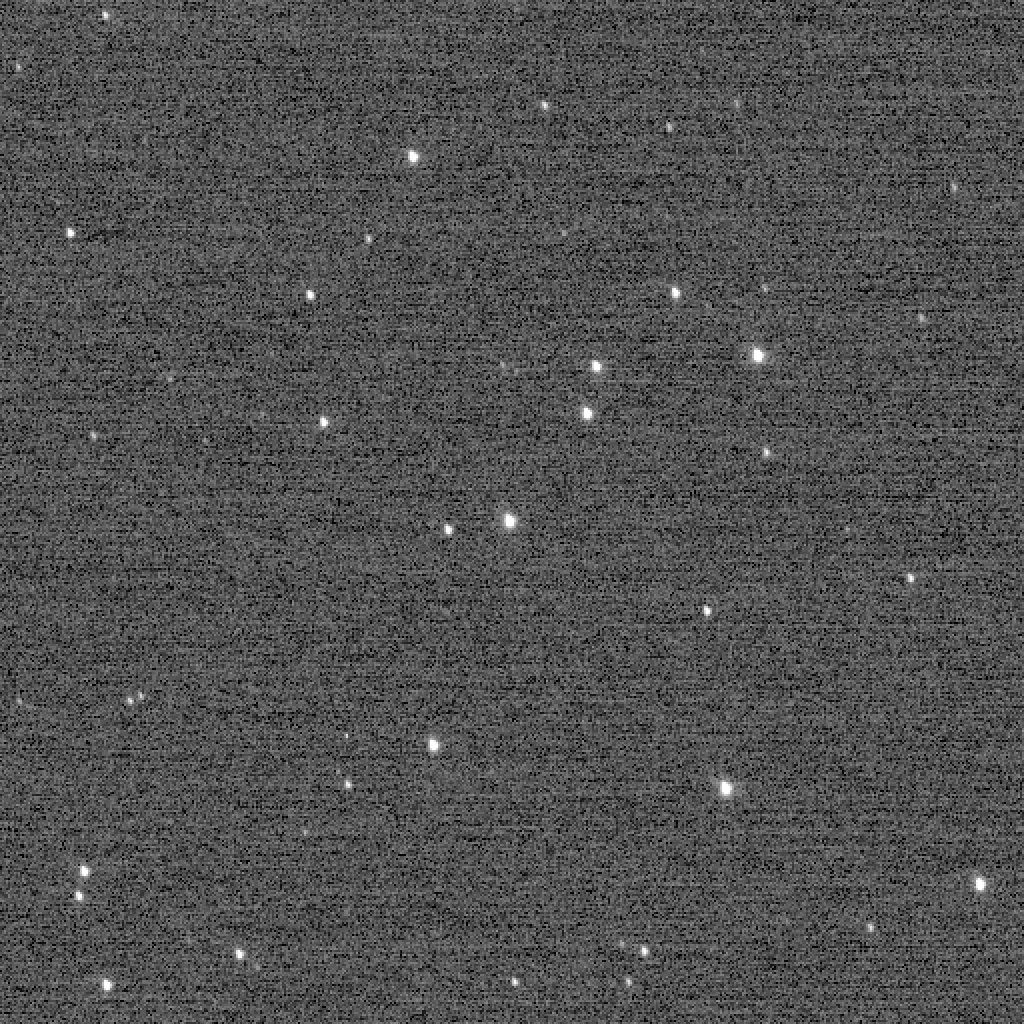 NASA’s New Horizons (“New Horizons”) recently sent its camera to a cluster of stars, took a picture – and set a new record!

This ordinary shot for the calibration of the Long Range Reconnaissance Imager (LORRI) camera, which shows the scattered cluster of stars “Well of Desires”, was made on December 5, 2017, when the New Horizons probe was located at a distance of 6.12 billion kilometers from the Earth. This picture set a new record as a snapshot taken with the help of a spacecraft that is at the maximum distance from our planet.

The New Horizons probe was even further away from Earth than NASA Voyager 1 (Voyager 1), when he made his famous shot of our planet called “Pale Blue Dot”. That snapshot was part of a collection of 60 images that captured the solar system at a time when the Voyager 1 was at a distance of 6.06 billion kilometers from our planet. Shortly after receiving this snapshot, the Voyager 1 probes were turned off, and the record set on receiving this picture remained unchallenged for the past 27 years.

Currently, the New Horizons probe, which flew past Pluto in 2015 and collected a large amount of valuable information about its system, is directed to the Kuiper Belt object called 2014 MU69, which is scheduled to meet on January 1, 2019. As part of the extended mission probe will observe at least two dozen other Kuiper Belt objects, dwarf planets and “Centaurs”, former Kuiper Belt objects located in unstable orbits intersecting with the orbits of giant planets.