New images of the most mysterious satellite of Saturn 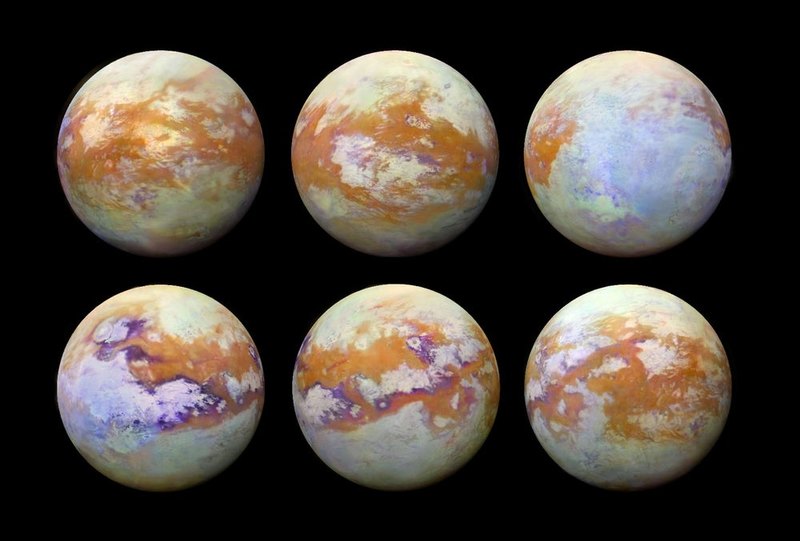 NASA has published six new images of Titan – one of Saturn’s satellites. The images were composed of infrared images taken by Cassini: they allow you to see some geographical features on the surface of the satellite, which – due to the nature of its atmosphere – can not be observed in the optical range.

Titan is one of the most interesting celestial bodies in the solar system. However, this satellite of Saturn can not be well considered in normal conditions – because of its atmosphere (it is about 400 kilometers thick and includes several layers of hydrocarbon “smog”) it looks like a yellow ball, devoid of any obvious features. But thanks to the data collected by the Cassini probe, NASA specialists were able to prepare the clearest images of the surface of the mysterious object at the moment.

Titan, according to scientists, has some similarities with the Earth: in both planets the atmosphere is rich in nitrogen, both have tectonic activity, liquid oceans, rivers and lakes on the surface, a steady “sea level”. Perhaps Titan has the “ingredients” necessary to create life, but this satellite of Saturn also has significant differences from our planet: for example, its oceans are full of liquid methane, and the atmosphere is devoid of oxygen.

During his mission, Cassini performed overflight around Titan, so he was able to map its surface using radar and infrared scanning. 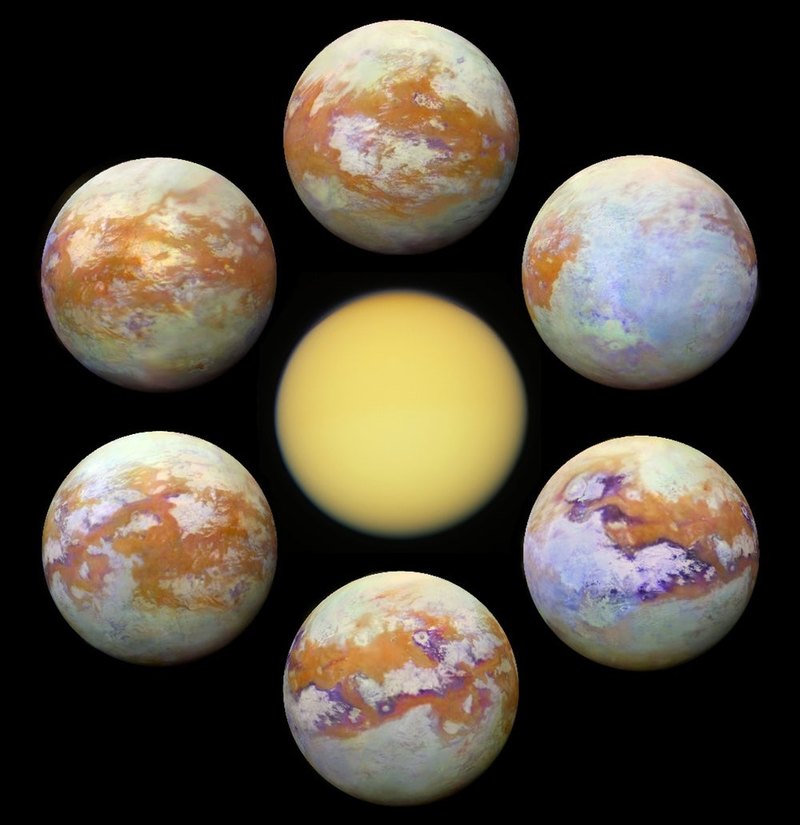 New images published by NASA were obtained as a result of processing images taken by the probe using special techniques. The latter, as NASA notes, makes it possible to make less visible the “seams” formed by combining the images, and also helps to “emphasize” the smallest spectral variations in materials on the surface of Titan. For example, in these images, the areas of the dunes on the equator of the satellite appear in a flat brown color; The same regions, shown in blue and pink, may be rich in water ice.

Scientists believe that at the moment it is probably the most detailed images of Titan. “Cassini”, launched in 1997, completed its mission in 2017 – in September it burned in the atmosphere of Saturn. In the future, however, experts hope to study the mysterious satellite of Saturn in much greater detail – in particular, in the future NASA plans to send a submarine to Titan (recently scientists recreated the sea of ​​Titan in the laboratory for testing the future submarine).