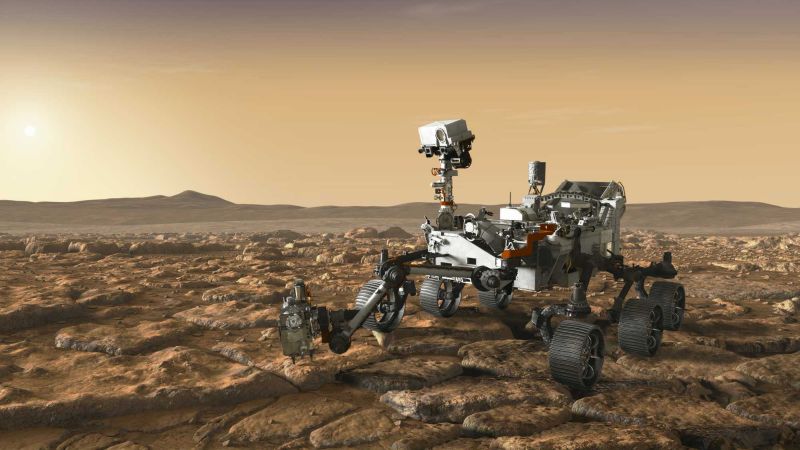 The new NASA rover will help scientists understand which territories on Mars are most suitable for life.

The NASA space agency sent several off-road vehicles to the Red Planet several times. Last it sent a rover “Kyuryoshiti”, which explored Mount Aeolis and sand lying on the surface of the planet. The next expedition of the mobile robot is scheduled for 2020. The name of the future rover has not yet been chosen, but its characteristics and mission goals are known.

According to the representatives of the agency, the new rover is based on previous developments, so 85% of its design will be routed from the all-terrain vehicle “Curiosity”. This will save engineers time and money, and most importantly – will reduce the risk of malfunctions. The robot will include 23 cameras, a drill, a mobile “arm” and measuring instruments. The X-ray spectrometer and ultraviolet laser will help the rover search for biological life signals on a microbial scale. The listed equipment, including the radar, whose action is based on sound waves, will allow you to explore the soil of the Red Planet at a depth of 10 meters. Scientists suggest that this equipment will help to find the remains of water and ice, which could remain under the surface.

23 cameras, which will equip the “Mars-2020”, will transmit the picture in color and high resolution. Even the “Curiosity” with its 17 cameras could not fully reflect the Martian landscape, so scientists had to combine photos to get a complete picture. With the new device, this problem will disappear, as the images overlap. In addition, the robot will find a microphone and for the first time record the sounds of Mars.

In addition to audio recordings and high-resolution photographs, scientists hope to send samples of Martian soil to Earth. The Rover will drill at least 20 different breeds, put the samples in test tubes and leave them where the operation for their extraction will take place in the future. These data will help researchers understand which places on Mars are most suitable for human development.

The beginning of the mission is scheduled for July or August 2020. During this period, the Earth and Mars will be in a position that, according to scientists, is best suited for interplanetary flights. It is assumed that the rover will land in February 2021 and will spend one Martian year on the Red Planet, or 687 Earth days.