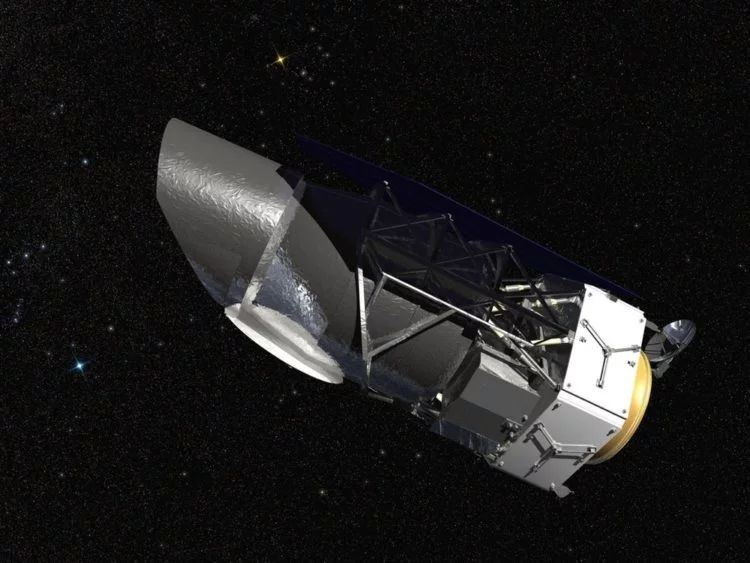 The new space observatory WFIRST (Wide Field Infrared Survey Telescope, “Wide-band Infrared Telescope”) of NASA’s aerospace agency can detect up to 1,400 new exoplanets, some of which can be comparable in mass to Earth, according to an article published in the Astrophysical Journal Supplement Series. Based on the legacy of previous missions, the new telescope will be able to answer some fundamental questions regarding the nature of our Universe and, possibly, will make a significant contribution to the search for extraterrestrial life, scientists believe.

The original concept of the telescope was proposed in 2011. Since then, the design, as well as the characteristics of the apparatus, was changed many times, until the NASA aerospace agency ultimately gave the green light to the development of a new space observatory in February 2016. In May 2018, the project passed an important technical peer review and entered the design phase. The project budget, at least on paper, is $ 3.2 billion. The launch of the device is planned to be carried out somewhere in the mid-2020s. But, if we take into account the history of the previous developments of ambitious NASA projects, it is quite possible that the project budget will pour out far beyond the established framework. And if the device can go to space as scheduled, then it will be a real miracle – we all remember the long-suffering James Webb space telescope, which is still not complete, but promise to do it in 2021.

In any case, WFIRST is planned to be sent into space after James Webb. The authors of the article Astrophysical Journal Supplement Series note that two main tasks will be put before him. First, the new space observatory will conduct detailed observation of space, trying to figure out the nature of dark energy – in the opinion of astronomers, of constant energy density, uniformly filling the space of the Universe and responsible for its expansion. Secondly, the device will search for new exoplanets, which may be significantly farther from their native stars, compared with those worlds that have been discovered so far. In this planet, WFIRST will continue the work of another space observatory – the Kepler telescope, which after 9 years of research of the Universe went into retirement in October 2018, when it completely ran out of fuel.

Kepler was engaged in the search for exoplanets located from their native stars in a radius not exceeding the distance between the Earth and the Sun. WFIRST will continue its work, but will search for planets that are further removed from their luminaries, ”commented lead study author Matthew Penny, a scientist in the department of astronomy at Ohio State University (USA).

New Worlds WFIRST will search using the method of gravitational microlensing, observing the direction of propagation of electromagnetic radiation (light) changing under the influence of very powerful sources of gravity (galaxies, clusters of galaxies, clusters of dark matter), just as a conventional lens changes the direction of a light beam. To do this, he will use a 288-megapixel multi-spectral infrared camera, the clarity of images from which will be close to the photographs of the Hubble telescope.

By analyzing the waves of light from a background source (exoplanets) located behind a gravitational lens, astronomers will be able to determine the mass of an object, as well as its distance from its own star. Gravitational lenses are a fairly rare phenomenon, so for very long periods of time WFIRST will follow immediately 100 million stars in the heart of the Milky Way. During one observation, the camera of the device can cover about 2 square degrees of the sky, which will allow scanning our galaxy more than 100 times faster than Hubble.

“It may seem that this is a very small part of the sky, but in fact it goes far beyond the capabilities of other space telescopes. Such efficiency WFIRST will rely on two main abilities of the telescope: the ability to conduct observations in a wide range, as well as the ability to conduct observations in high resolution. That is what will allow him to quickly find new exoplanets with the help of the effect of microlensing. The same “Hubble” and even the new “James Webb” are not as effective, “- commented Penny.

According to the authors of the new study, their work offers the most detailed assessment of the opportunities and discoveries that we should expect from the new WFIRST telescope. For this, scientists used computer models in which many factors and possibilities were taken into account, including those proposed in earlier concepts of the device.

Since the discovery of the first exopalent astronomers confirmed the existence of at least 3,917 worlds outside the solar system. The new study says that WFIRST will be able to increase this number to another 1,400 worlds. Moreover, according to the researchers’ forecasts, about 100 of the new discovered worlds will have some characteristics that will allow them to be included in the list of so-called Earth-like exoplanets.

According to scientists, the search and study of new worlds using the method of microlensing will help to understand how often certain types of exoplanets are represented in the Universe. Using this information, astronomers can better understand how rarely are planetary systems similar to ours. And this, in turn, will allow a more accurate assessment of the prospects for the discovery of extraterrestrial life.