New photo of Jupiter from “Juno” 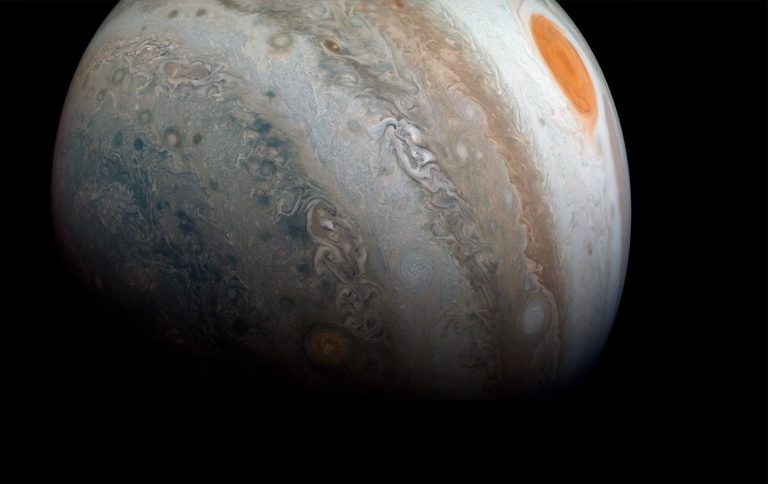 Scientists shared the image, which was made in the 12th approximation of the spacecraft Juno with the planet Jupiter.

Thanks to the cameras of Juno automatic interplanetary station, a new color photograph of the most famous feature of the gas giant Jupiter – the Great Red Spot – was obtained.

This image arrived from Jupiter on April 1 and was made during the twelfth planned rapprochement with this giant gas planet. During such encounters, Juno spacecraft cameras have an excellent opportunity to take photographs of individual parts of Jupiter, as well as its close-up features.

Scientists recall that the main purpose of the mission of Juno is to study the magnetic field of the largest planet in our solar system. In addition, the researchers study its internal composition, atmosphere and basic natural satellites. All the data obtained during the mission and especially the photographs are transmitted to Earth for careful analysis and archiving.

All images of Jupiter are available for general access on the official site of the mission.