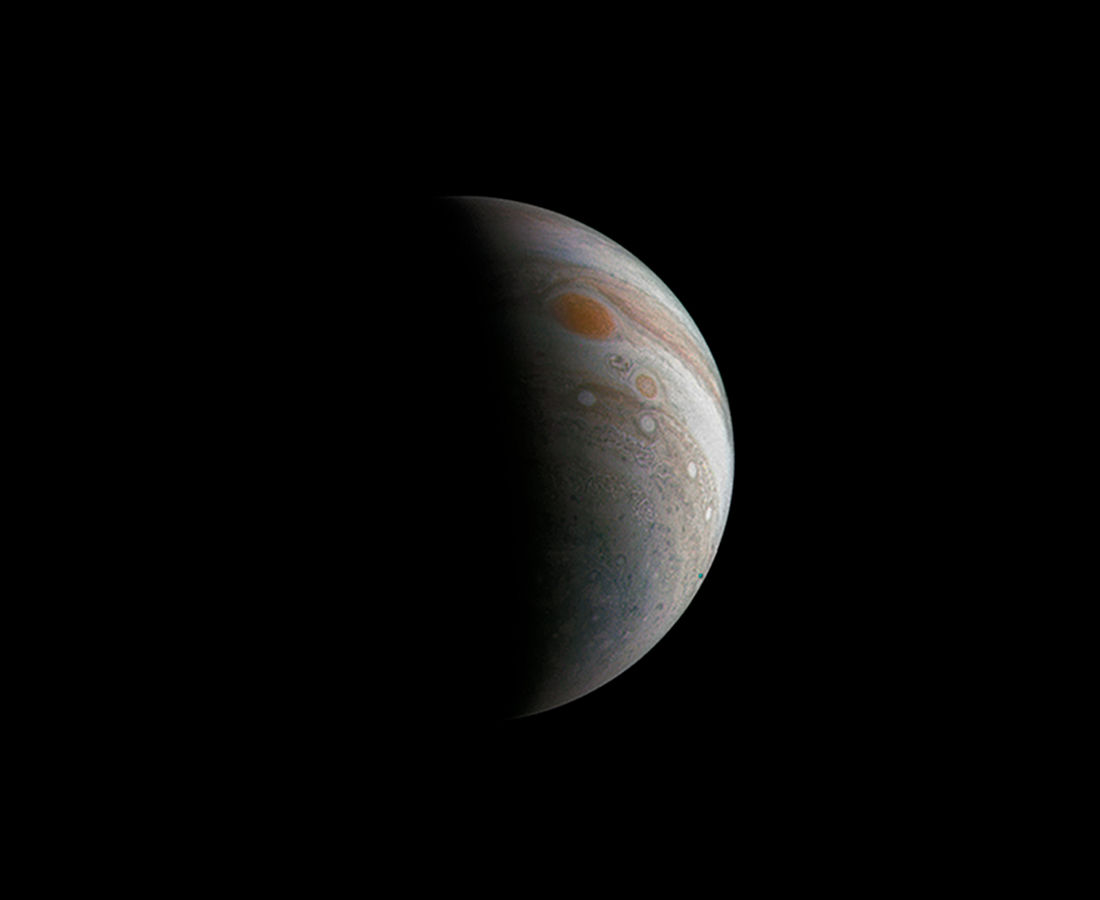 New photos taken by the orbiting probe, demonstrating the half-lit by the Sun gas giant Jupiter.

The photo below was kindly provided by the Jet propulsion Laboratory. This is a composite mosaic image created by the specialists of the Laboratory on the basis of frames received by the spacecraft “Juno” (Juno). It is in orbit around Saturn since July 14, 2016.

This image shows the characteristic features of the largest gas giant in our Solar System, namely the Great Red Spot and its companion smaller well-known under the designation Oval BA. You can see here and a series of white circular structures. This is a storm in Jupiter’s atmosphere. Rounded these storms are known under the informal name “string of pearls”.