New proofs of existence of the Ninth planet are found 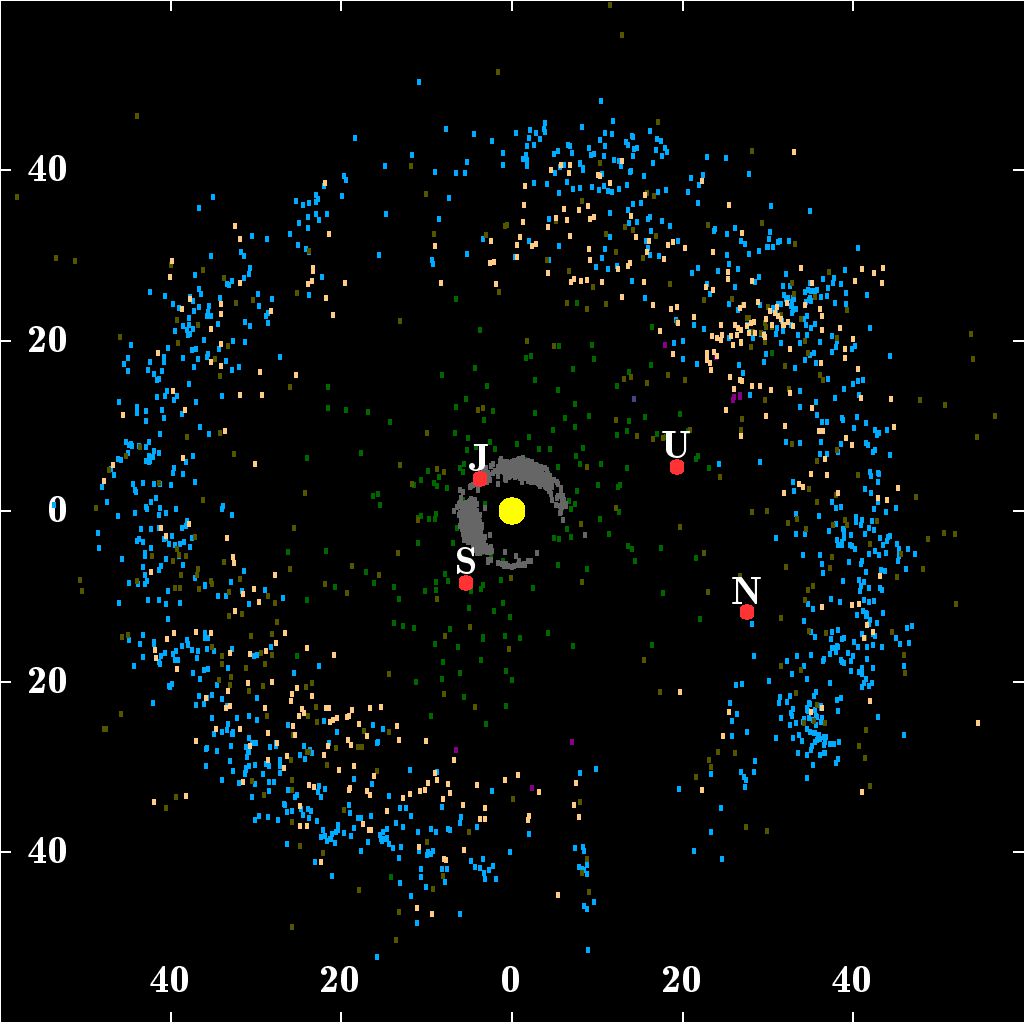 While searches hypothetical, never nobody the observed planet which is far outside the Neptune’s orbit continue, the team of researchers from the Arizonian university, the USA, produces the new evidence in favor of existence of such planet, narrows the range of possible values of her parameters and specifies location of the planet.

This research group headed Renu Malhotra from Laboratory of the Moon and planets of the Arizonian university has found out that four known objects of the Kuiper belt handle the most long orbital periods around the Sun on trajectories which form well is explained by presence of the hypothetical Planet 9 which mass makes about 10 mass of Earth.

According to calculations of researchers such hypothetical planet will make one revolution around the Sun in 17000 years, and she will be in the point of the orbit, farthest from our star, at distance of 660 astronomical units (distances from Earth to the Sun) from him.

In the work authors consider so-called “extreme” objects of the Kuiper belt which represent four objects which almost aren’t coming gravitational influence from huge planets of Solar system, however testing according to authors of article, the revolting influence from the Ninth planet. These objects are in an orbital resonance among themselves and with the Ninth planet, Malkhotra’s team considers.

The calculations which are carried out in this work give two possible orbital planes for the Planet 9: one plane is moderately inclined to the plane of an ecliptic and passes near the average plane of these four extreme objects of the Kuiper belt, making a corner of 18 degrees with the plane of planets of Solar system; the second possible plane is inclined to an ecliptic at an angle of 48 degrees.