NGC 4696 galaxy on a surprising photo of Hubble 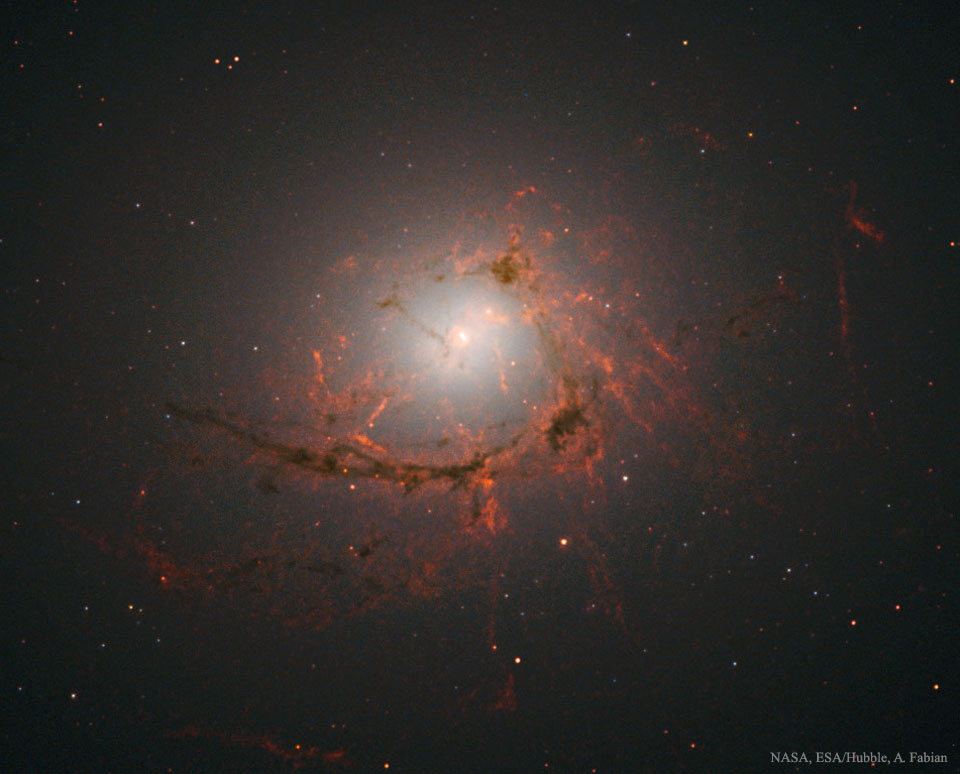 Thanks to powerful space observatory of Hubble the elliptic galaxy in Tsefey has been in more detail studied.

At NGC 4696 galaxy quite interesting neighbourhood: she is surrounded with a huge number of other elliptic dwarfish galaxies.

In the photo given below the piece of a galaxy 45 000 light years long is visible. The picture has been taken by means of the space telescope of Hubble.