No biomarker found in Venus’s atmosphere found on Mars 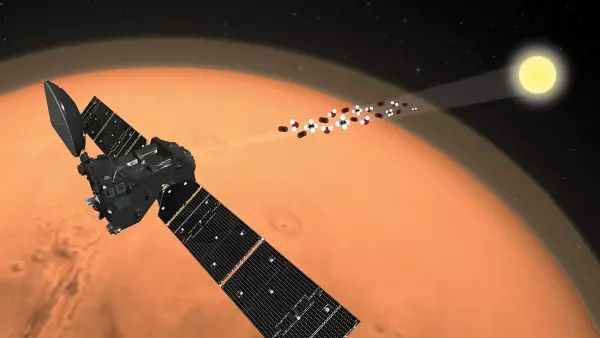 The Russian spectrometer installed on the European TGO spacecraft flying around Mars did not detect phosphine in the atmosphere of Mars, according to the website of the Institute for Space Research.

Earlier it was reported that phosphine was found in the atmosphere of Venus and it may be of biological origin.

“The spectral resolution of the device is very high, and it could register quite small concentrations of phosphine. But, as our data show, there is no phosphine in the atmosphere of Mars, or very little, no more than 2 parts per billion. Unfortunately, this biomarker on the Red Planet, apparently , absent “, – quoted in the published message the words of the employee of the Department of Planetary Physics of the Institute of Space Research Alexander Trokhimovsky.

The MIR spectrometer (short for Mid-IR, mid-infrared range) is one of three spectrometers in the Russian ACS instrument, which has been operating since 2018 on board the TGO spacecraft of the ExoMars-2016 mission. Its task is to search for small constituents in the atmosphere of Mars, primarily methane, which is still considered the main candidate for biomarkers.

Methane, which could indicate the possibility of life on the planet, is noted on the Institute’s website, in the atmosphere of Mars is also small – no more than 5 particles per trillion.