Noble metals on Mars indicate a gigantic clash in the past 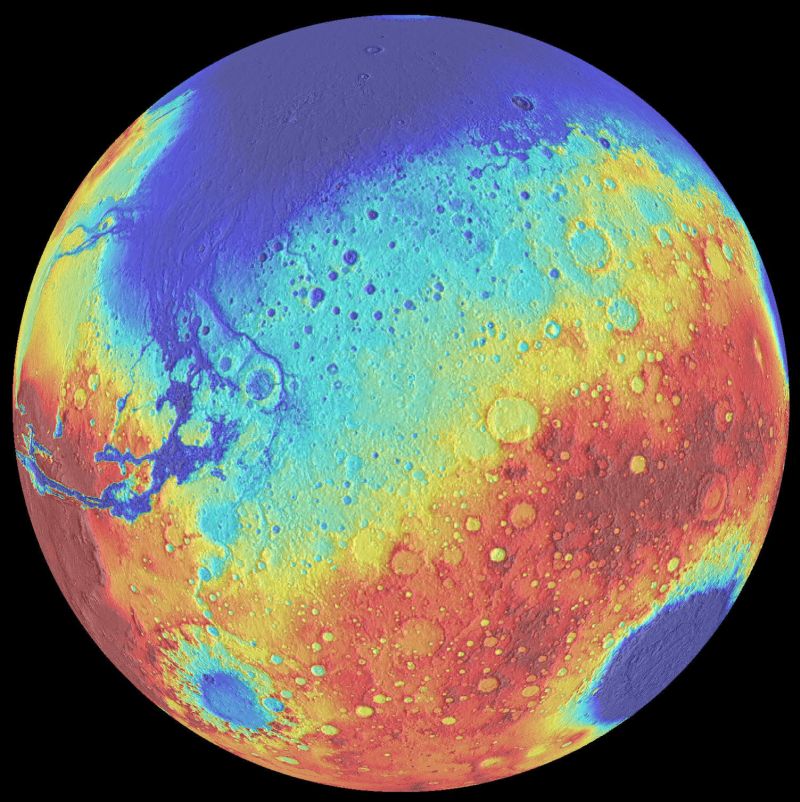 The new study shows that the giant collision of the celestial body with Mars, which occurred more than four million years ago, can explain the abnormally high number of elements of “lovers of iron” in the matter of the Red Planet.

After the formation of the planet is completed by accretion, material continues to fall on it for some time – this process is known as “late accretion”. In a new study, a group of scientists led by Ramon Brasser of the Tokyo Institute of Technology, Japan, explains with this process the abnormally high levels of noble metals, such as gold, platinum and iridium, in the mantle of Mars.

When protoplanets accrete enough material, metals, such as iron and nickel, begin to plunge deep into the nucleus. This explains the fact that the core of the Earth consists mainly of iron. It is expected that elements that are easily bound to iron should also be located predominantly in the nucleus. The discovery of such elements, called “siderophiles” (“lovers of iron”) in the mantle of the planet may indicate their later origin, that is, their delivery to the surface of the planet at a time when the core of the planet is already formed, and the mantle cools.

In his work, Brasser and his team on the basis of the analysis of Martian meteorites show that the Red Planet received about 0.8 percent of its mass as a result of late accretion. To increase the mass of the planet by this amount, it is required that the size of the celestial body participating in a collision with Mars is at least 1200 kilometers, the researchers note.