Nokia plans to launch on the moon 4G network 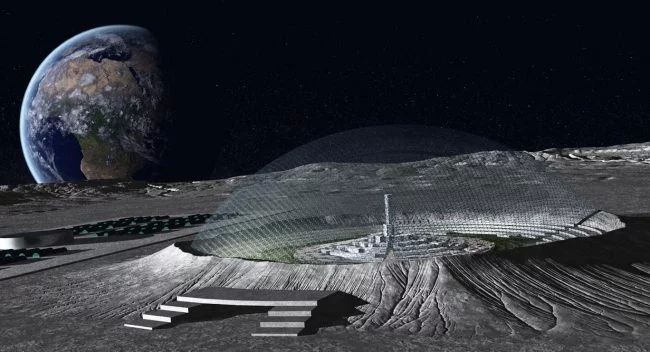 Despite the fairly good development of cellular communications and mobile Internet, there are still many places on the Earth, from which it’s not so easy to get in touch. In this regard, Nokia’s intention to deploy on the moon a point of communication standard 4G may look like an unnecessary waste of funds. But in fact, this space mission can be a small step for Nokia and a huge step for all of humanity.

In 2019, a group of engineers from Germany called PTScientists is planning to launch a reconnaissance vehicle to the moon with the SpaceX Falcon 9 booster. The purpose of the expedition is to land the Autonomous Landing and Navigation Module (ALINA) in a location not far from the Apollo 11 landing site In the course of this mission, the module will deliver 2 lunar rover Audi lunar Quattro, which will have to investigate the landing area and reach the Lunar Rover left during the Apollo 11 mission.

This is where Nokia enters the game. The fact is that the lunar rovers of the Audi lunar Quattro are extremely small and lightweight vehicles (their weight is about 30 kilograms), which imposes certain restrictions on the size of the onboard batteries, transmitters and other equipment. In addition, for transmission of a signal of good quality over long distances, more energy is required.

To solve the above-mentioned problems, Nokia specialists began developing a base station Ultra Compact Network with low power consumption. Thanks to her on the moon will earn the first 4G-network at a frequency of 1800 megahertz. It will connect the rovers with the landing module, which will transmit the data received from the lunar rovers to Earth. For communication, the standard Internet Protocol (IP) will be used. At the same time, the announced data rate will range from 100 megabits per second to 1 gigabit per second. According to Nokia experts, mobile lunar network will allow to broadcast HD-video through the server of the group PTScientists.

“Humanity will sooner or later leave its native planet, and it must prepare all necessary infrastructure. During our lunar mission, we will test and test the operation of the elements of the first specialized space telecommunications system using LTE technology. “