North Pole of the Sun 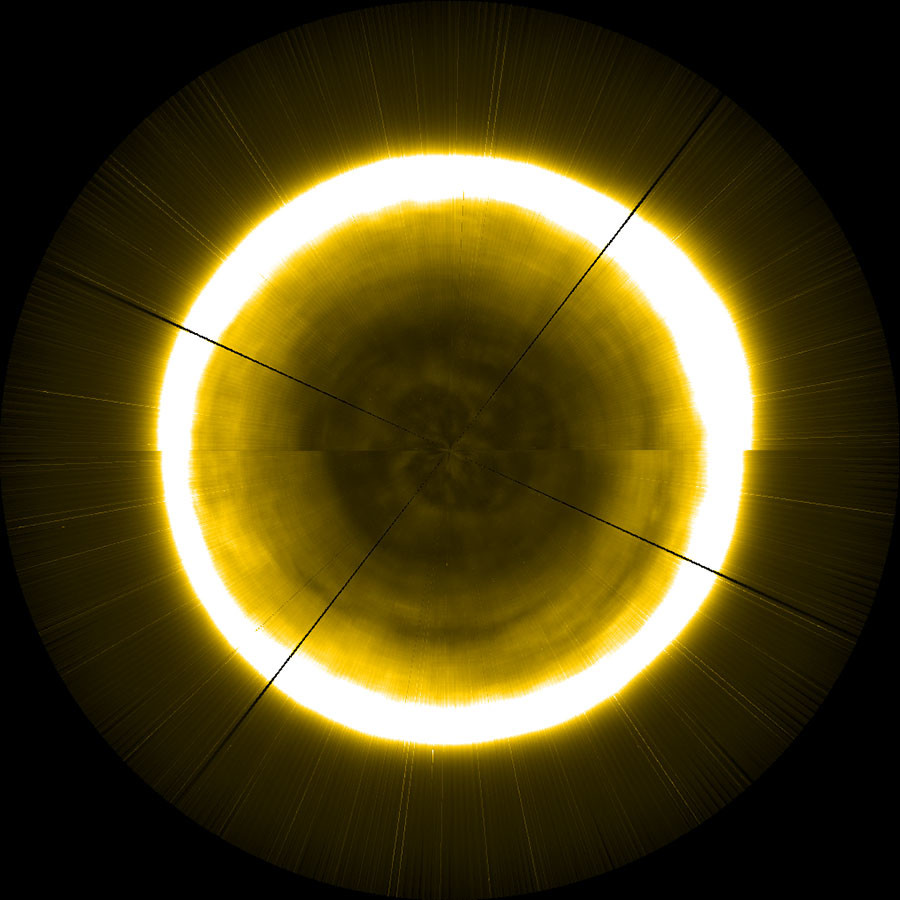 Many different missions have already been sent to the Sun: ESA Proba-2 probes (PR project for OnBoard Autonomy 2) and SOHO (SOlar Heliospheric Observatory), observatories at NASA SDO (Solar Dynamics Observatory) and STEREO (Solar Terrestrial Relations Observatory), and a joint mission NASA / ESA Ulysses (“Ulysses”). However, almost all of these vehicles observed the Sun at low latitudes, near the solar equator – with the exception of the Ulysses mission, which for several decades had been observing our star in a large range of latitudes, until it was completed in 2009.

Despite the large range of latitudes in which the Sun was observed using the Ulysses mission, astronomers mainly concentrated on studying the low latitudes of our star, therefore the Sun’s poles were rather poorly studied. The lack of images led to the fact that scientists had to artificially recreate the view of the solar poles, gathering the information available on the existing images piece by piece – as can be seen from the artificially obtained view of the north pole of our star represented in the photo.

This image combines and extrapolates the observations of the sun using a Proba-2 probe to recreate the view of the north pole of the sun. Although the Sun’s poles have never been observed directly, observations of the solar atmosphere allowed us to capture the solar corona, which is emitted into the surrounding space around the entire disk of the Sun, including the polar regions. When creating this type of the North Pole of the Sun, scientists used precisely these data.

The creation of such artificial types of solar poles plays a large role in studying the atmosphere of our luminary, but direct observations of the polar regions of the Sun are also needed, which can be carried out in the future, for example, using the Solar Orbiter mission launched to the Sun in 2020, experts say.