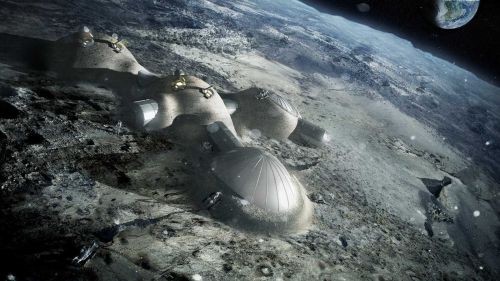 The unusual idea was expressed by specialists of national research nuclear University MEPhI and Institute of astronomy, Russian Academy of Sciences. Scientists have noted that war, terrorism, natural and manmade disasters are a major threat to cultural heritage. It is therefore proposed to use the moon as a store. Scientists believe that the Moon will be the perfect place to put books, scrolls, paintings, and wooden products.

Due to the fact that the atmosphere of the satellite very sparse, objects will not suffer from the fire, and more valuable items will not be destroyed by bacteria. On the moon there are no earthquakes or natural disasters. Because of this, even brittle ceramics, glass and marble, probably nothing will threaten. Storage can be accommodated in the basaltic rocks beneath the surface of the natural satellite. The latter will allow you to protect cultural heritage from falling asteroids.

At the same time, scientists do not stop. They believe that the large repositories can be placed basalt copies of Notre Dame, St. Basil’s Cathedral, the Taj Mahal and the Egyptian pyramids. A rough estimate of the volume of the lunar interior, are necessary for the deployment of objects of the architectural heritage, have been conducted.

On the other hand, many technical aspects of the project have yet to decide. Besides, it is not clear who will Finance such an ambitious venture. The initiators believe that a significant role to play private investors. Financial “bigwigs” can involve the lunar sub-surface complexes, which, in particular, can be used as a personal refuge in case of earthly catastrophe.

And yet the earthlings improve and expand existing storage. In 2015, for example, the famous “doomsday Vault” with two new batches of seeds.