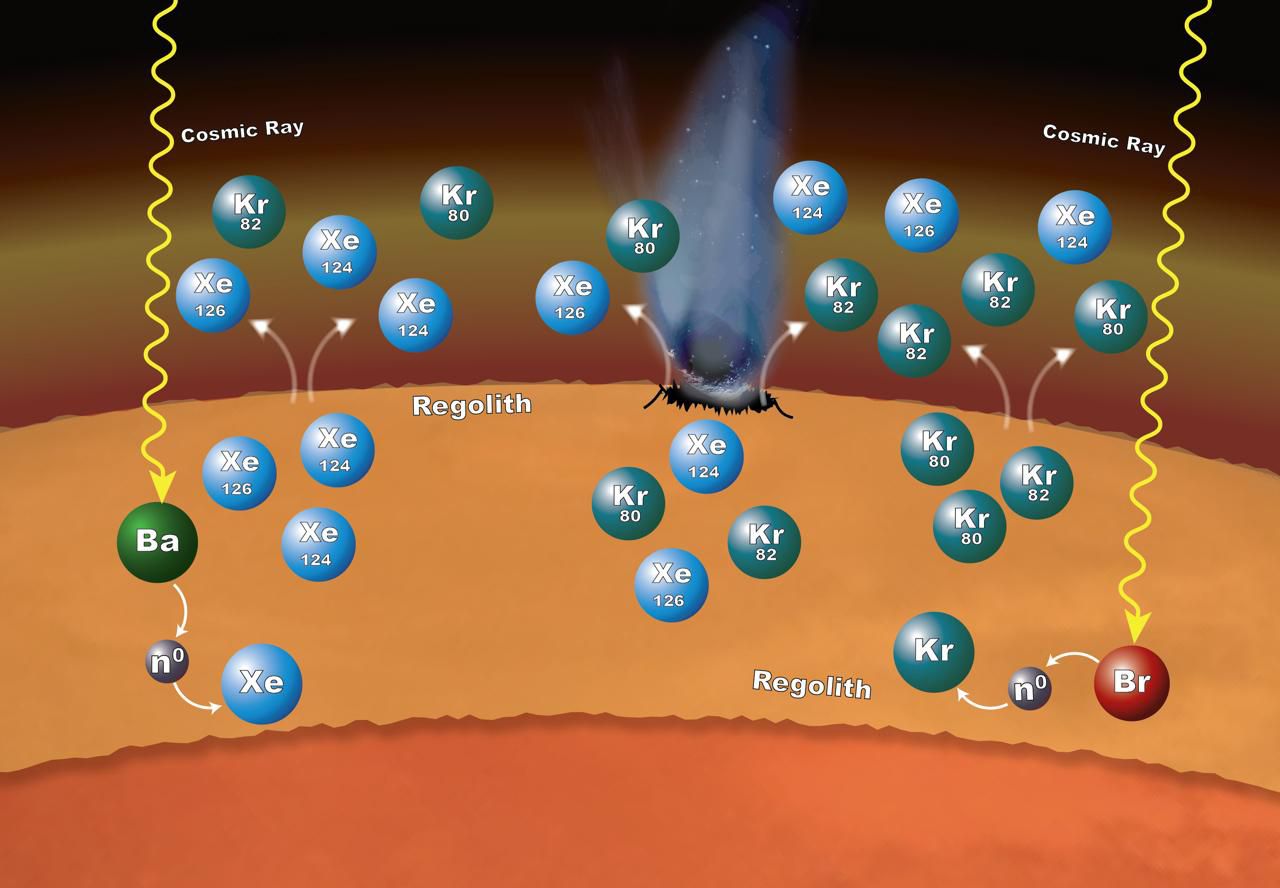 Mars Rover NASA’s Curiosity Rover has discovered evidence that the processes occurring in the material of the surface of Mars, lead to the release into the atmosphere of the planet heavy noble gas isotopes.

These findings were made using a set of instruments Sample Analysis at Mars, or SAM, when studying gases xenon and krypton in the atmosphere of the red planet. These two gases are used by scientists, in particular, to tracking the evolution and erosion of the Martian atmosphere.

Comparing the results of their latest measurements of the contents of isotopes of xenon and krypton with the results of earlier measurements conducted by staffs of the NASA mission statement, “Viking”, who worked on the surface of the red planet back in the 70-ies of the last century, a team of researchers led by Pamela Conrad, Deputy head of the project SAM from the center of Goddard, NASA, USA, has discovered the subtle differences between these two measurements. To explain variation in the ratios between the isotopes of noble gases team Conrad suggested process, the main phase of which is the capture of neutrons occurring in the substance of the surface of Mars. In this process the nuclei of the barium atoms lose neutrons which are then captured by the nuclei of xenon atoms, leading to formation of isotopes of xenon-124 and xenon-126. Similarly, the process of the formation of isotopes of krypton-80, krypton-82, which are formed as a result of the capture by nuclei of krypton neutrons lost by nuclei of atoms of bromine.

These isotopes of noble gases could come from the crust of the planet in its atmosphere as a result of cosmic collisions, or discharge gas from the regolith, that is, a mixture of soil and rock covering the surface of the planet, the authors of the work.