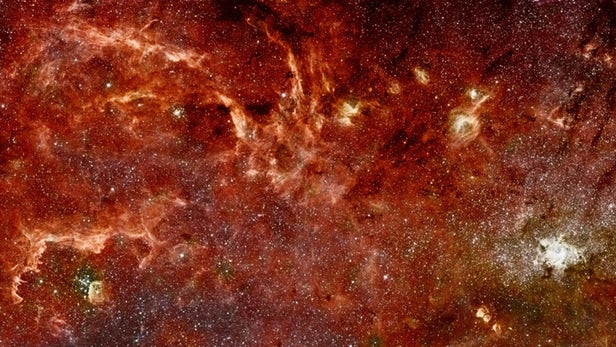 Science is on the way to a new and interesting discovery: revealing the mysteries of G-objects and their fearless behavior.

With the help of Kek’s ground-based observatory, astronomers discovered strange objects in the center of the Milky Way galaxy. At first glance they look like ordinary gas clouds, but it seems that they have a harder core. Scientists nicknamed their find G-objects, suggesting that these are stars, covered with thick dust covers.

The first G-object was discovered in 2004, and the next one was found only in 2012. These objects, known as G1 and G2 respectively, miraculously passed by the black hole and were not torn to pieces at the same time. Astronomers realized that this is far from simple gas clouds. And something completely different.

“If these objects were gas clouds, G1 and G2 would not be able to remain intact after passing near a black hole in the center of the galaxy” – shared his impressions, Mark Morris, co-author of the study.

“We have reason to assume that this is nothing but bloated stars hidden in a thick dust shroud. These stars are so inflated that the strength of a black hole is not enough to tear them apart. ”

Until now, only two G-objects were known to researchers. Now, thanks to the observatory Keck, which spent 12 years searching for such objects, three more candidates were found in such bloated stars. Not surprisingly, they were called G3, G4 and G5.

Astronomers are surprised that these stars are very mobile and are not at all afraid of a black hole. While all the secrets of G-objects are not solved, but scientists will continue to work hard on this.