Observatory LIGO could not find black holes, and “wormholes” 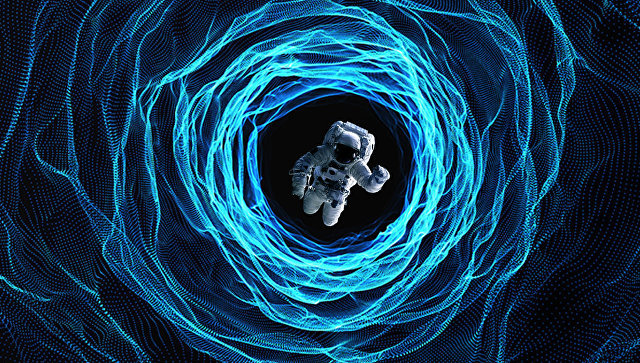 The gravitational waves discovered by the detectors of the LIGO observatory could not have arisen during mergers of black holes, but as a result of the “collapse” of the so-called wormholes, tunnels in the space-time fabric, the physicists state in the article.

“The special” jitter “that occurs during the last stages of the merging of black holes gradually disappears if the object they have created has an event horizon.In the event that it does not exist as in” wormholes, “these oscillations do not completely disappear – they cause a kind of echoes, a series of bursts, similar to how if we shouted into the well, “says Pablo Bueno of the Catholic University of Leuven, Belgium.

The LIGO gravitational wave detector was built in 2002 on projects and plans that were developed by Kip Thorne, Rainer Weiss, and Ronald Drever at the end of the 1980s. At the first stage of its work, which lasted 8 years, LIGO failed to detect the “Einstein” oscillations of space-time, after which the detector was disconnected and the next 4 years the scientists spent on updating it and increasing the sensitivity.

These efforts were justified – in September 2015, virtually immediately after the inclusion of the updated LIGO, scientists discovered a surge of gravitational waves generated by merging black holes with a total mass of 53 Suns. In 2016, Russian and foreign participants of the project opened two more tracks of merging black holes, and last year – two other similar events and a splash, born by the fusion of neutron stars.

The unusually large mass of these objects, as well as some of their other properties, made Bueno and his colleagues think about whether they really were black holes. The fact is that the theory of relativity and its extensions allow that similar gravitational waves can arise as a result of the collapse or fusion of other exotic objects, such as “wormholes”.

So scientists call peculiar “tunnels” connecting two points located in different regions of space or time. In order for such a channel to exist in the space-time structure, it is necessary to have some exotic form of matter that would have a negative energy density, or an object similar to a black hole in size and mass.

These objects, as explained by Bueno and his colleagues, will have one “plus” in comparison with black holes – they will not have a horizon of events, whose existence is still extremely difficult to explain in the framework of quantum physics. Its absence, as physicists have long suspected, will change the behavior of gravitational waves generated by “wormholes”.

The authors of the article disclosed these changes and tried to find them in the data collected by LIGO, creating a computer model of such a spatial tunnel. As these calculations showed, the primary surge of gravitational waves generated by a black hole or a “wormhole” is in fact completely identical, which makes it impossible to distinguish them from each other at this stage.

On the other hand, such differences arise at the last stage of this cosmic cataclysm, which astronomers call “ringing”. As a rule, such a gravitational “echo” disappears rather quickly when observing black holes due to the fact that its event horizon helps it to quickly get rid of these fluctuations.

This does not happen in the case of “wormholes” – they will continue to periodically produce outbursts of gravitational waves with a strictly defined spectrum and force. Such an echo, as scientists note, will exist tens of times longer than the primary outbreak of space-time oscillations, but it will be noticeably weaker in strength.

So far, as Bueno admits, there are no traces of such a “gravitational echo” in LIGO data, but the update of the observatory detectors scheduled for this year may enable it to “see” these weak but extremely important signals for scientists that will help them reconcile the theory relativity and quantum physics.