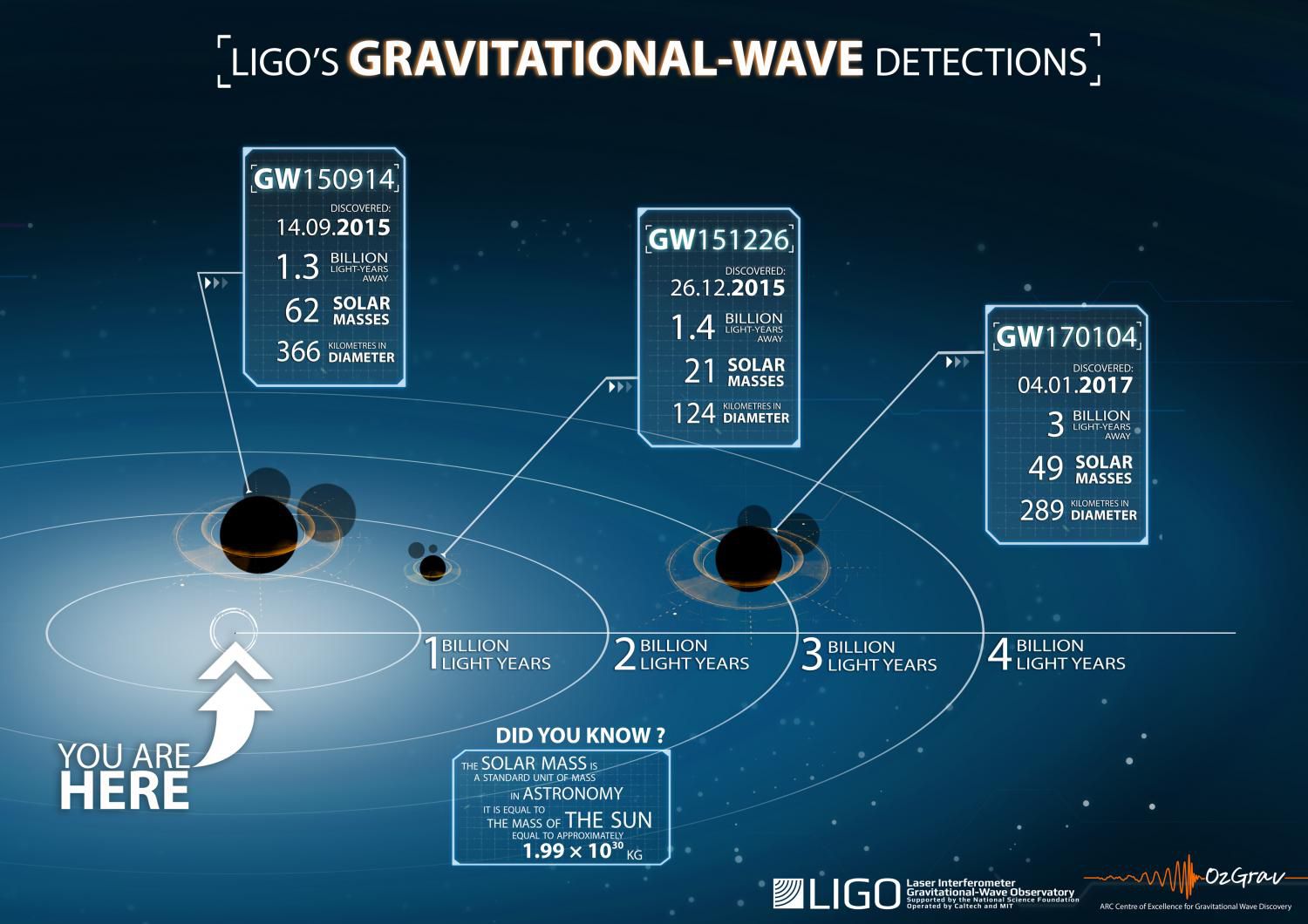 The Gravitational-Wave Observatory (LIGO), a gravitational-wave observatory, produced the third detection of gravitational waves, a ripple of space and time, thus demonstrating that the new path to astronomy is reliably laid and, in time, becomes ever wider. Just like in the case of the two previous detections, these waves were generated by two black holes, merging into a larger black hole.

This newly discovered black hole formed in a collision has a mass of about 49 solar masses. This puts it by mass in a row between the black holes detected by the LIGO observatory before, whose masses are 62 (the first detection) and 21 (the second detection), respectively, the mass of the Sun.

“We have new evidence for the existence of black holes of stellar masses, the mass of which exceeds 20 solar mass objects, the existence of which we did not know before they were detected with the help of the LIGO observatory,” said David Shoemaker of the Massachusetts Institute of Technology, USA, recently elected to the role of representative of the scientific organization LIGO Scientific Collaboration (LSC), which includes more than 1000 scientists from all over the world. Together with the LSC collaboration, the European organization Virgo Collaboration is working on the LIGO project.

The LIGO Observatory produced the first detection of gravitational waves in September 2015, and since then the observatory equipment has been improved through a program called Advanced LIGO. The second detection took place in December 2015. The third detection, called GW170104, took place on January 4, 2017. Unlike the two previous discoveries, in which black holes were located relatively close to our Galaxy (at distances of 1.3 and 1.4 billion light Years, respectively), this, the last pair of black holes is located much further away from us, at a distance of about 3 billion light years.

These new observations also made it possible to make an assumption about the directions of the proper rotation of black holes. According to the LIGO observatory, in the course of the last detection, scientists were able to calculate that the direction of the rotation of the two merging black holes most likely does not coincide. This may indicate that the system of these black holes was formed as a result of the connection of already “ready” black holes, for example, in a close star cluster, and not as a result of the evolution of a system of two stars.