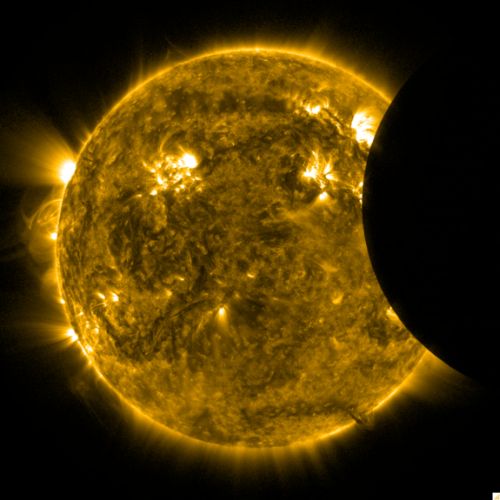 One of the solar observatories of NASA fleet photographed a partial solar eclipse from space.

In the image below, the Moon crosses the Sun during a partial solar eclipse. This phenomenon was photographed from space by the cameras of the Solar Dynamics Observatory (SDO). Lunar transit lasted about an hour. At the climax, the Moon concealed 89% of the Sun disc.

A partial solar eclipse took place on May 25, 2017. However, the most interesting thing for the Solar Dynamics Observatory is yet to come, as on August 21 this year there must be a total solar eclipse.

Spacecraft SDO, owned by the American Space Agency NASA, is one of the space solar observatories that monitor solar activity.