On a metal asteroid found traces of water 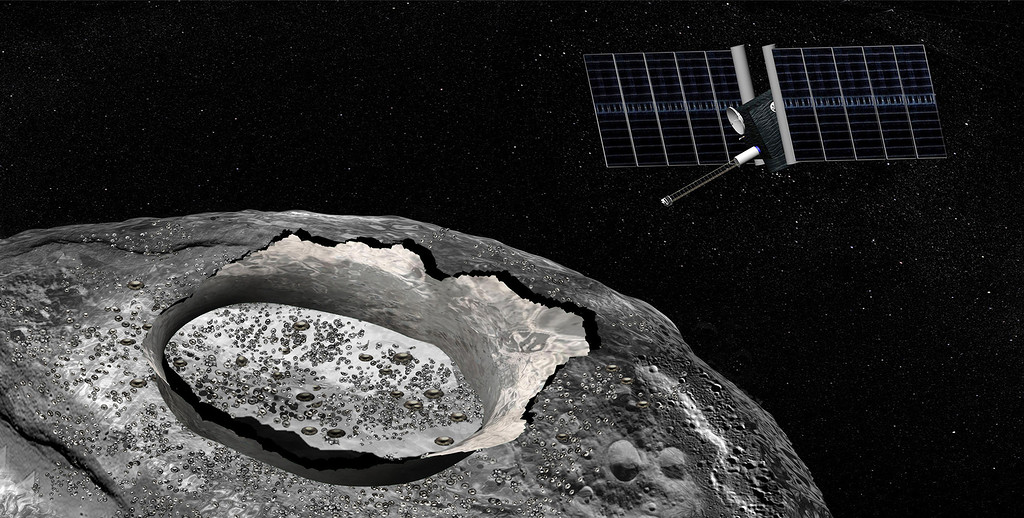 240-kilometer Psyche occupies the 16th place in the list of the largest asteroids. This object is known that it contains a large number of metals.

The results of radar observations, according to which the surface consists of 90% iron and the total weight. It is believed that Psyche represents something like a shard of metal destroyed the proto-planet core, the diameter of which was about 500 kilometers.

Based on this theory, astronomers have assumed that psyche can be water. But it is possible that it will have to be revised. During the recent observations of psyche with the IRTF telescope showed traces of hydroxyl (OH) in fact, water remains. According to one version, they could be brought to the surface of psyche carbonaceous asteroids. On the other hand, they may be a product of the interaction between the solar wind and silicates.

There is a probability that in the next decade of the asteroid can be sent to the spacecraft. At least a draft of such a mission took place in the final of the 13th selection in the Discovery program along with four challengers. The choice of project that will receive funding will take place in December. So the news about the discovery of water residue in the psyche looks not random — perhaps it will affect the final decision.