On ancient Mars, vortices were raging, “cleansing” the surface 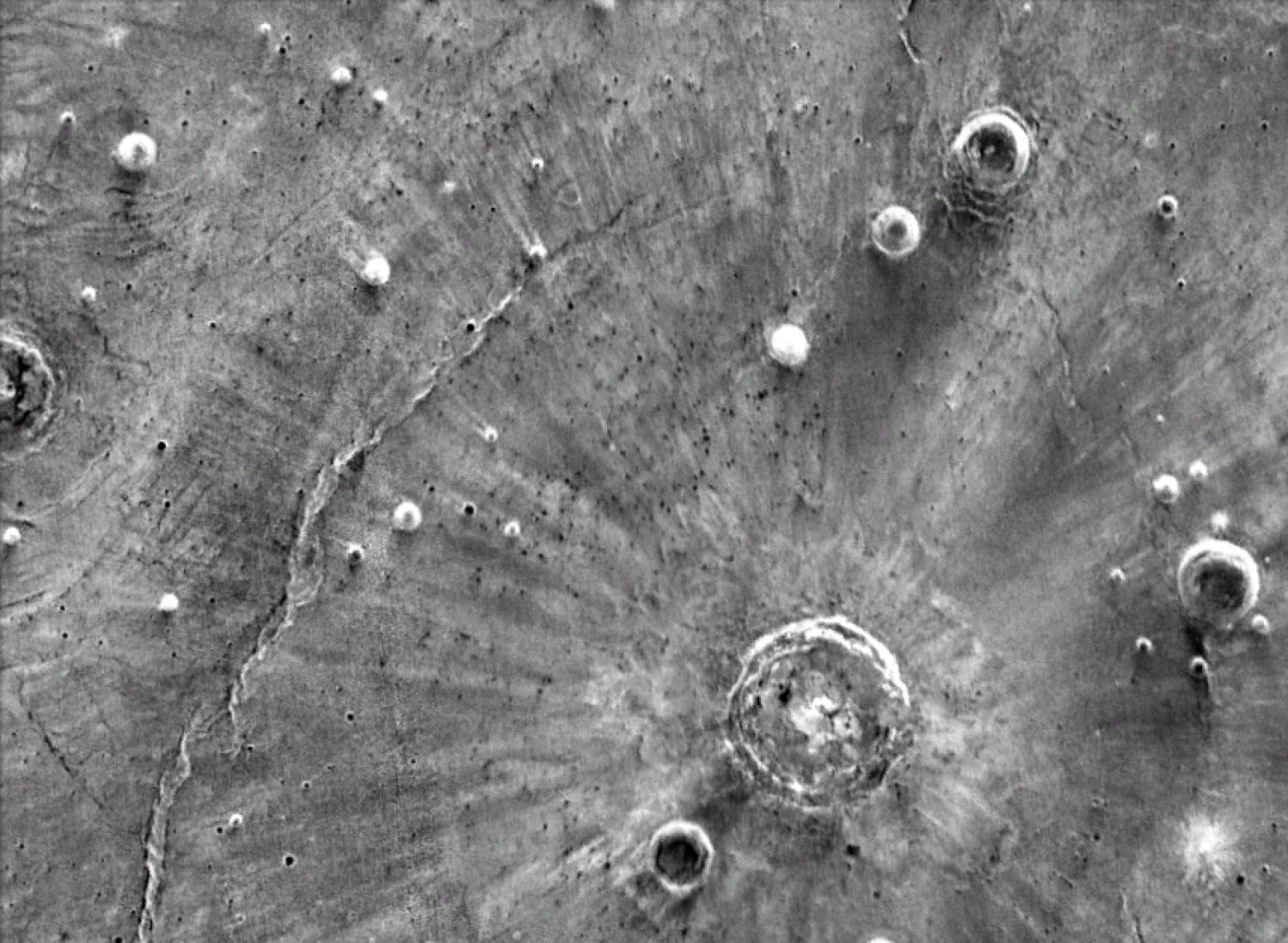 Looking back a few years ago, NASA’s NASA observations of Mars, a geologist from the University of Brown, USA, Peter Schultz, noticed a series of unusual bright strips diverge in all directions from large impact craters on the surface of the planet. These bands are unusual, in the first place, because they extend much further from craters than ordinary material ejections during a collision, and in addition, they are visible only on thermal, infrared images taken during the Martian night.

Using methods of geological observation, laboratory experiments on physical modeling of collisions and computer models, Schulz and the master of Brown University Stephanie Quintana (Stephanie Quintana) proposed a new explanation for the origin of these bands. Scientists have shown that atmospheric vortices like tornadoes – which were formed as a result of collisions that formed craters, and rotated at a speed of about 800 kilometers per hour or more – “cleaned” the surface along the observed bands and “blew off” dust and small stones from it, exposing Material that can retain heat for a longer time.

When a large celestial body collides with the surface of any planet, and in particular of Mars, a gigantic cloud of evaporated material forms, which diverges in all directions from the crater. By themselves these steam moving in all directions of the jet can not blow off so much dust from the surface of the planet to form strips similar to those observed by Schulz and Quintana, as these jets move too high above the surface. However, if in the way of such a steam jet there is an obstacle in the form of a positive form of relief, that is, an elevation, then a rapidly rotating atmospheric vortex is formed that descends to the surface and “cleanses” a rather long strip similar to that observed in these photographs. In support of their hypothesis, Schulz and Quinana cite the results of laboratory experiments on physical collision simulation using a special NASA experimental gun Vertical Gun Range, in which similar phenomena are observed, as well as computer model calculations.