On Ceres found “ingredients of life” 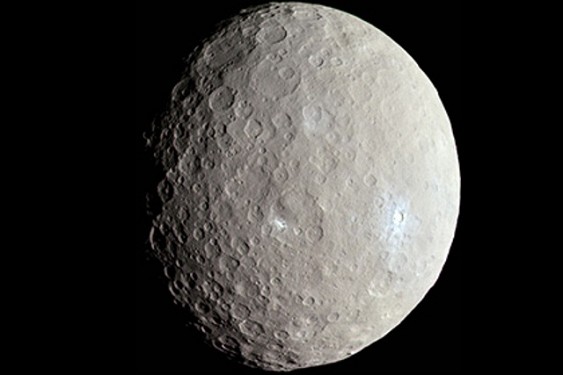 Italian and American scientists has discovered on Ceres aliphatic organic compounds necessary for generating and sustaining the life of the connection.

Characteristic signature Kerimov and asphaltites managed to discover in the course of a spectral survey of the surface of the dwarf planet, which is held in its orbit by the Dawn machine. Most of the “ingredients of life” is concentrated in the crater area Arnote (its diameter is equal to 50 kilometers) on the area about thousand square kilometers.

The authors draw attention to the fact that the detected aliphatic compounds remained on the dwarf planet since its birth, and was not imposed from outside (organics would not survive the high temperatures resulting from the collision of celestial bodies).
Station Dawn launched on 27 September 2007 using the launch vehicle Delta 2 from the spaceport at Cape Canaveral in the US and in orbit around Ceres turned out to be March 6, 2015. The cost of the project to study the asteroid Vesta and the dwarf planet Ceres is more than $ 500 million.