On Ceres may be a cryovolcano 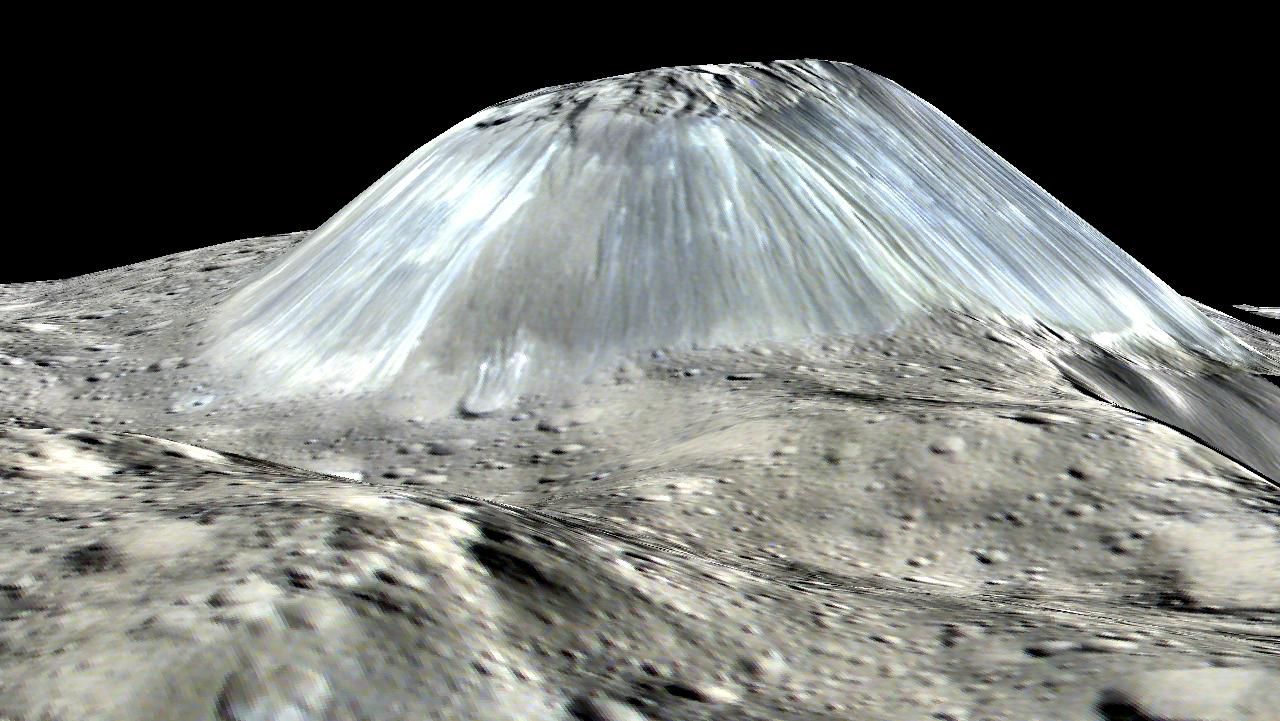 Recently opened, standing alone in the ice volcano on the surface of the dwarf planet Ceres may have several “big brothers”, say scientists who have studied the mechanism by which these mountains of ice – called cryovolcanism – may disappear from the surface of a celestial body over millions of years.

Spacecraft NASA Dawn opened on Ceres krivulkin Ahuna Mons with a height of 4 kilometers in 2015 Other icy worlds of our Solar system, like Pluto, Europa, Triton, Charon, and Titan may also have on its surface a cryovolcano, however, Ceres is different from them in that the surface of this planet krivulkin Ahuna Mons stands in “splendid isolation”. In addition, this dwarf planet is significantly closer to the Sun than any other planetary body on which surface was discovered a cryovolcano.

Ceres has no atmosphere, so if on its surface there was once additional cryovolcanism, in addition to cryovolcano Ahuna Mons, they could not be erased from the face of the dwarf planet due to wind erosion. In the new study, researchers led by Michael Sori (Sori Michael) from the laboratory of lunar and planetary University of Arizona in Tucson, USA show using numerical simulations that the mechanism is able to explain the disappearance of these hypothetical cryovolcano from the surface of Ceres is similar to the mechanism of the movement of glaciers on the planet Earth and due to the fluidity of water ice. According to the proposed models by researchers, ancient cryovolcanism “flowed” over time from the surface of Ceres with the speed of the order of several tens of meters per million years. Krivulkin Ahuna Mons is a relatively young geological formation, its age is estimated approximately in 200 million years – so he simply did not “spread” on the surface of Ceres, conclude the authors.