On Ceres traces of cryovolcanism 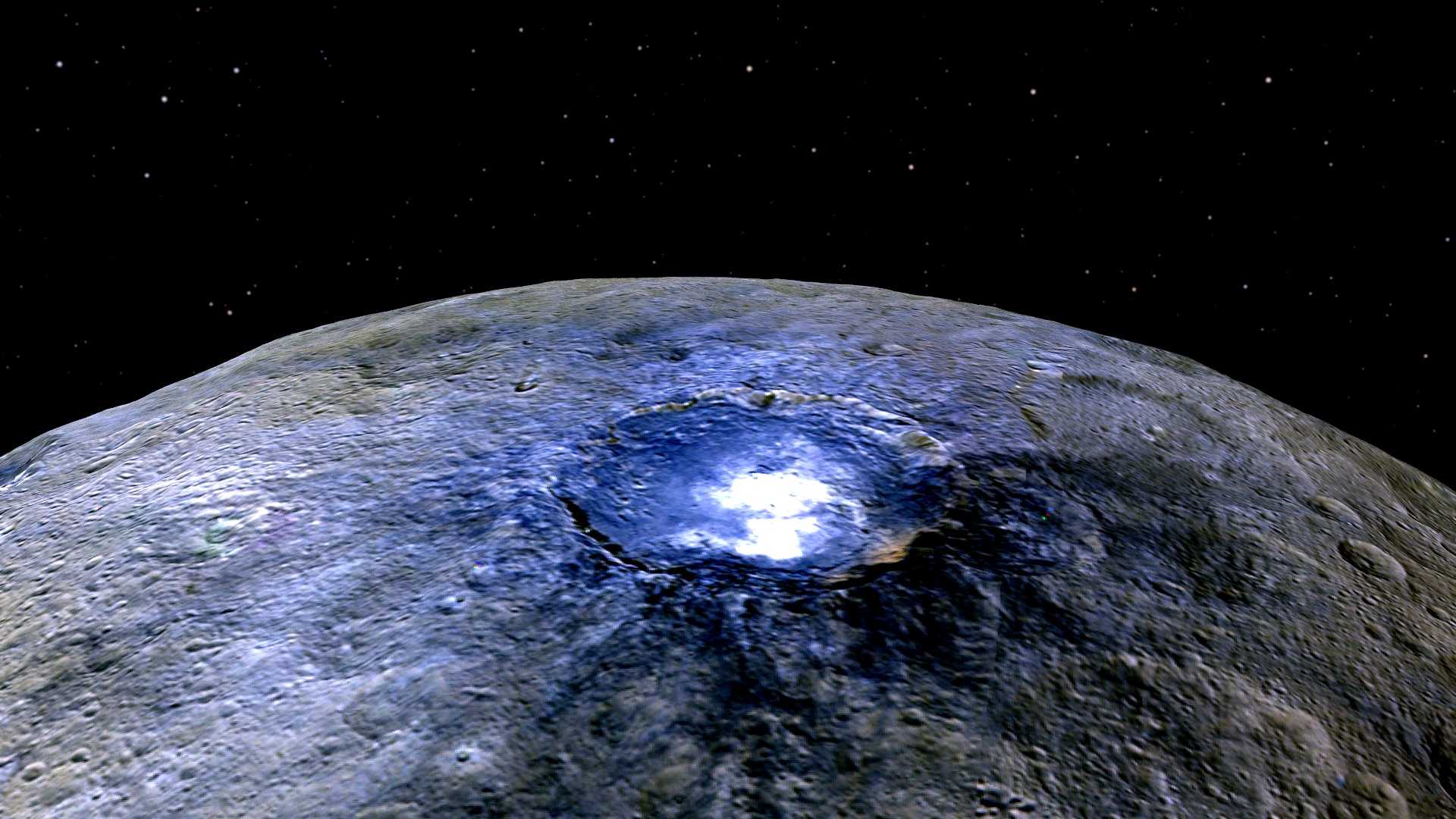 American Dawn probe for nearly two years continues to study the dwarf planet Ceres, the largest body in the big asteroid belt. During several maneuvers the device was bonded up to a height of 375 km above the surface, receiving its most detailed pictures of 35 m per pixel. One of the main characters of this “photo shoot” was discovered on Ceres 92-kilometer impact crater Okkator, inside which was unusual was a bright, light spot.

The spectrometer showed that they are formed by deposits of ordinary soda, carbonate mineral, which can appear only in the presence of liquid water, which Ceres is theoretically unable to hold. The shape of the crater indicates that this substance could not be brought to it from the outside and is of local origin. It is not surprising that the mysterious spots that have received the title of the contribution title of Cereali (Central spot) and the b Vinali (group lateral spots), has attracted much attention of specialists.

In the new work, scientists at the German Institute for Solar system research max Planck Society has carefully analyzed the images of Dawn, giving an explanation of the riddle of the bright. on Ceres. Article Netusa Andreas (Andreas Nathues) and his colleagues published in the latest issue of The Astronomical Journal. 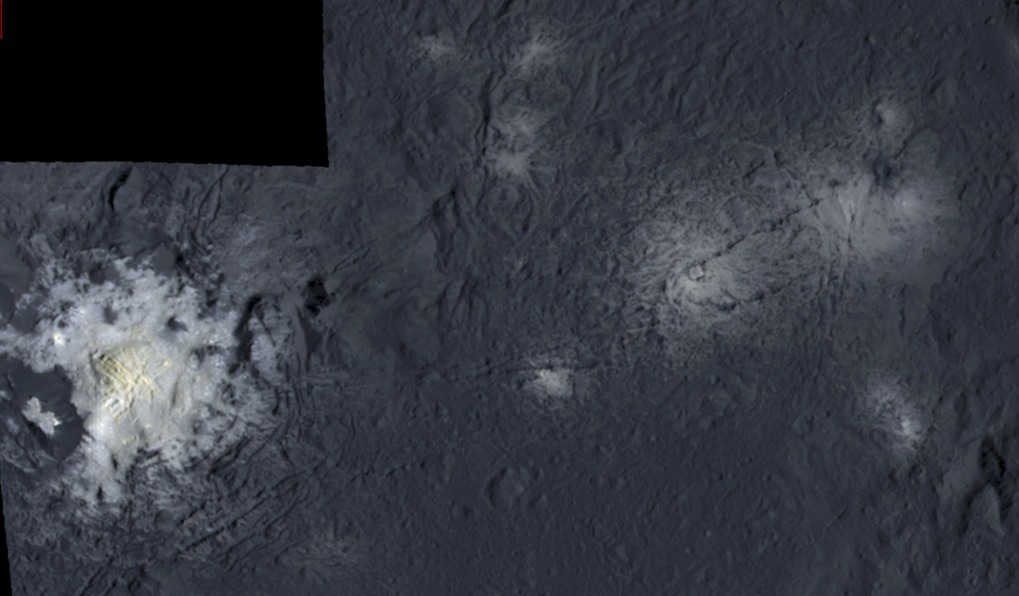 In the picture of the crater Okkator taken from a height of 275 km, very visible, faculy
/ ©NASA/JPL-Caltech/UCLA/MPS/DLR/IDA

Having considered the funnel of the crater Okkator, the authors came to the conclusion that it was formed during a meteorite impact about 34 million years ago. However bright sparkling deposits are much younger, their age is estimated at no more than 4 million years. “The age and appearance of the material, says Natus – shows that the trust of Cereali formed during progressive eruption, which also moved the substance of the Central regions of the funnel closer to the edges”.

Scientists point to similar formations known on the surface of Callisto and Ganymede, moons of Jupiter. It is assumed that, as to them, the basis of this eruption on Ceres lies the cryovolcanism, cryovolcano activity, instead of lava ejected liquid substances – methane, carbon dioxide, water.

According to the authors, this activity can start itself a powerful punch that led to the formation of Okkator. As a result, the substance previously hidden, was delivered to the surface. Some substances soon evaporated into space, and the salt deposits formed light faculy. Perhaps this process continues until now.