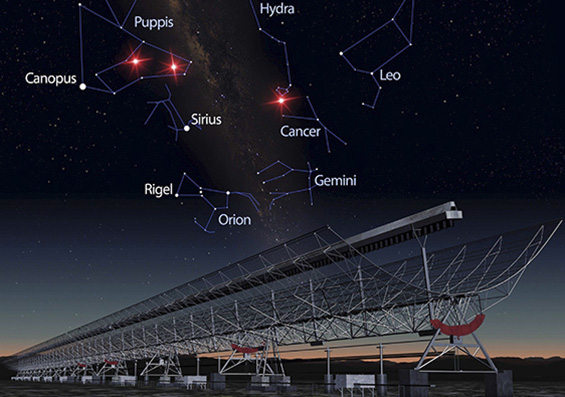 Mysterious ultrafast radio bursts do not occur on Earth, but beyond. Scientists from Australia have proved that these signals come from the depths of space and 78 such signals are sent to the Earth daily.

Until now, no one has bothered to figure out and verify the data to find out where these signals are coming from. Finally, a group of scientists from Australia created a special device for finding out the source of signals – the Mangolo interferometer. This is a special “radio” covering an area of ​​18,000 square meters and combining signals from several separate radio telescopes at different points of the earth and outer space.

If radio flares appeared on the Earth, then the interferometer would not record them at all, since it catches radio signals that originate in thousands of kilometers from the Earth’s surface – no less.

As a result, it was 100% probable that mysterious radio signals come from space, but where exactly? Scientists managed to record three radio flares and determine that they came from the constellations of Hydra, Kiel and Korma.

So far, it has not been possible to determine the specific galaxy and the object emitting these signals. But scientists do not lose hope and continue research, especially since now they have a reliable tool for this.