On February 16, sets a new end of the world 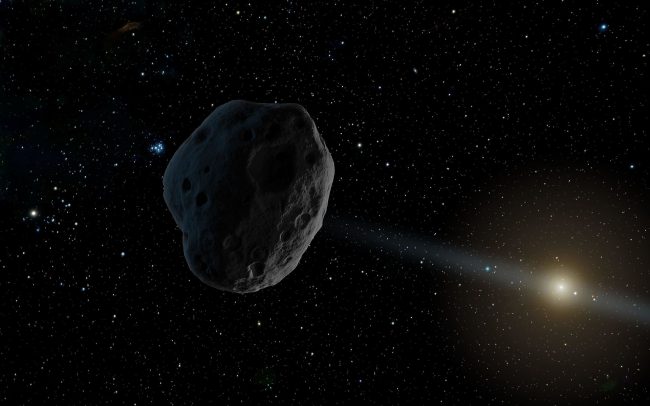 Do you have plans on February 16? Because if it’s something important, we would suggest to postpone the decision of these cases a couple of days earlier. Who knows, maybe, February 17 will never come. At the end of last year, the space Agency NASA announced that the Earth moves quite a large space object. As it turned out, this object is the asteroid whose size ranges from 500 meters to 1 kilometer. The intruder was called “WF9 2016”.

Now media are trumpeting a new threat to Earth. However this story is not so clear, because currently available Network information contradict each other. So before you start panicking, let’s look at the situation in order.

In November last year, the space Agency announced the discovery of the asteroid “WF9 2016”. Preliminary calculations showed that the size of the object can be from 500 meters to 1 kilometer in diameter. At that time, the space Agency announced that he was aware of the trajectory of “WF9 2016” and it poses no danger to Earth. Then it was written that at the point of maximum approach to Earth the asteroid will be 51 million kilometers from it.

However, the new information, walking in the media (including Russian and very large), all referring to the same space Agency NASA says that the asteroid impact on Earth is indeed possible. The exact place of falling is unknown, but the first object will be able to see the residents of the UK. On the NASA website about this word.

The situation around this mysterious asteroid becomes even more complicated due to reports about some Admire the Z. Demin. Who is Demin and is there any – is not known. According to one source, he is an employee of NASA. According to others he was a regular conspiracy. The second option is becoming more plausible, given the statements that he makes and are referenced by some media. According to Demin, NASA was a lie all at the expense of the asteroid “WF9”:

“The object, which they called “WF9”, actually left the system Nibiru (Yes, that same “planet X” — approx. ed.) in October of last year and began to rotate around the Sun counter-clockwise. Already since NASA became known that the object will fall to the Ground. But this asteroid they are talking about just now”.

Demin says that if the asteroid hits the Earth, it can destroy a major city and cause a megatsunami.

According to Demin, the object will fall to the Ground on 16 February, i.e. a week before the period indicates to NASA on its website, saying that the asteroid will fly past Earth.

Here is what writes itself space Agency NASA on its official website (information in 29-December 2016):

“Trajectory “WF9 2016″ is well studied. The object poses no threat to Earth in the foreseeable future.”

I would still be in this case to believe the distinguished aerospace Agency, not conspiracy.