On February 26 there will be annular solar Eclipse 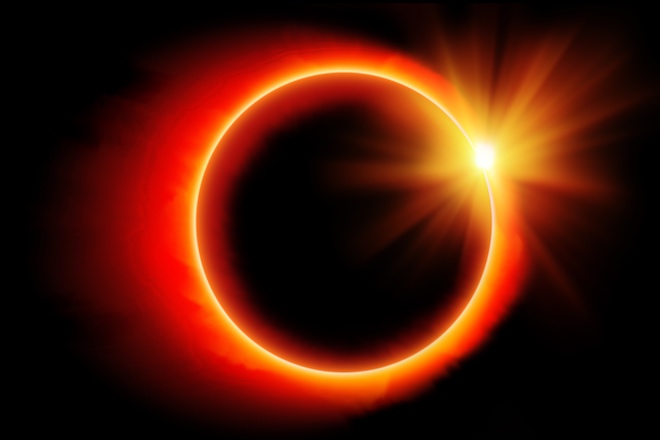 On February 26 there will be annular solar Eclipse — the Moon will pass in front of the Sun creating a luminous halo. The Eclipse will be visible in the South-West Africa and in some regions of South America. It starts over Chile and will take place over the Argentine part of Patagonia, South Atlantic ocean and Angola. Will end the phenomenon near the border of Zambia and Democratic Republic of the Congo at sunset.

This solar Eclipse will be the first in 2017 the second will be held over the United States on August 21.
A solar Eclipse for an observer on Earth occur when the Moon covers the Sun in a new moon (when the Moon is not illuminated), which occurs near the points of intersection of the apparent orbit of the satellite and the sun.

The shadow of the moon on the Earth’s surface may not exceed 270 km in diameter, which is the reason why the Eclipse can be seen only in the band in the way of shade and near it. Shade diameter depends on the distance between the earth and the satellite. Being in the band the shadows, observers see a total solar Eclipse, and at a distance of about 2 thousand kilometers from the strip you can see a partial Eclipse — when the Moon hides only part of the Sun.

Eclipses are both total and partial, and annular — when the shadow cone does not reach the Earth’s surface, and the observer sees the Moon passes over the solar disk, but is also less than its diameter. There are also hybrid eclipses in different parts of the world, they can be observed as complete and as annular.

This month the solar Eclipse will begin at 15:10 Moscow time, will reach its maximum point at 17:58 Moscow time and will end at 20:35. Unfortunately, in Russia to see it will be impossible, as in many other regions of the Northern hemisphere.