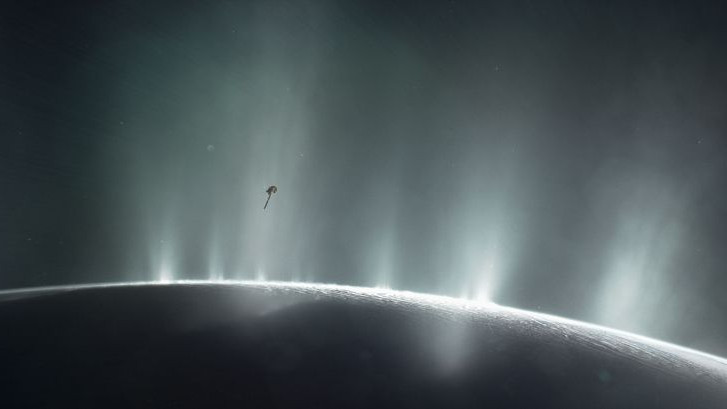 Now it is very difficult to calculate this movement. But a new study brings together information about the four most intriguing ocean worlds to collect data for a model of what their underground oceans can do.

“These oceans are interesting in their own right,” comments Krista Soderlund, an expert on planetary fluid dynamics at the University of Texas at Austin and author of a new study. “We are often attracted to the satellite by the way it looks from the outside, but I think what is happening under the surface is just as exciting and interesting.”

And according to her new calculations, a lot of things really happen under the icy moons of the solar system. Soderlund focused on the moons of Jupiter Europe and Ganymede, as well as the satellites of Saturn, Enceladus and Titan.

In each case, she tried to understand how the speed of rotation of the world, the thickness of its ice shell and the density of sea water can affect the amount of water in hidden oceans.

Her calculations show that the oceans on Enceladus and Titan have a particularly strong heat flow near the poles. Europe, due to its not too significant rotation, has the most noticeable heat flow near the equator. And scientists do not have enough data about Ganymede to rely on a specific model of the ocean current. 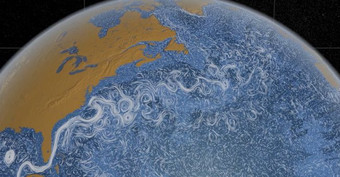 Predicting such activity inside the ice moons is a promising indicator for those who are wondering if such oceans can be home to life.

Various turbulences in the water mean a good chance that the components of life really collide. But, despite the work that Soderlund has done trying to understand these hidden oceans, the result is still an echo of what can happen in these worlds.

This is the universal task of modeling as a scientific approach: a model will never be as complex and comprehensive as reality. “All of our models are wrong,” scientists say. “Because we cannot model everything.”

But getting more data about these moons and their hidden oceans will allow more accurate adjustment of these models, and this does not necessarily require direct sampling of the oceans – although, of course, scientists would like to do this.

Long before such feats are possible, scientists can turn to NASA’s Europa Clipper mission and ESA’s Jupiter Icy Moons Explorer (JUICE), which are scheduled to be launched in the 2020s.

Soderlund is on the team of one of the instruments of Europa Clipper, a radar for the evaluation and sensing of Europe – REASON. According to her, since ocean dynamics affect the ice shell above it, REASON data should help scientists test some of their hypotheses about ocean activity in Europe.

For example, if the prediction that the strongest heat flux in the ocean of Europe at the equator is true, then there the ice shell should be thinner.

The study was described in the journal Geophysical Research Letters.