On January 23, a large asteroid will approach the Earth 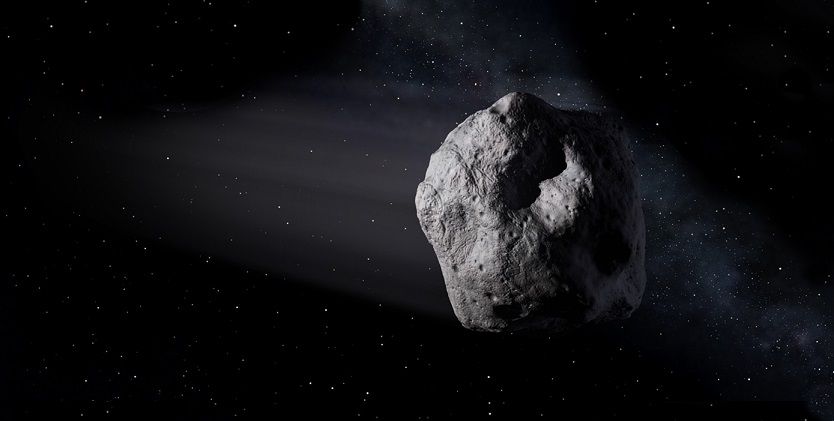 A newly discovered asteroid the size of a multi-storey house, called the 2018 AJ, must pass by on Tuesday, January 23, 2018. This cosmic rock will be held at 11:28 UTC at a safe distance of about 4.6 distances from the Earth-Moon (lunar distance, LD), or 1.77 million kilometers.

The asteroid 2018 AJ is a near-Earth object attributed to the Apollo group. It was first seen on January 5 with the help of a survey of Mount Mount Lemmon Survey (MLS). According to observations, the asteroid 2018 AJ will pass by our planet at a speed of 5.5 kilometers per second. This cosmic stone is about 40 meters in diameter, has an absolute value of 24.7, the major semiaxis is about 1.47 astronomical units (1 AU is equal to the distance from the Earth to the Sun) and revolves around the Sun with a period of 623 days.

In the foreseeable future, astronomers do not expect the return of this cosmic stone.

As of January 7, 1872 potentially dangerous objects were discovered in the vicinity of the Earth, but none of them lies on the collision course with our planet. Potentially dangerous are asteroids over 100 meters in diameter, which approach the Earth at a distance of less than 19.5 LD.

At present, scientists know more than 17,500 near-Earth objects. Since the beginning of this year, nine more such objects have been discovered.