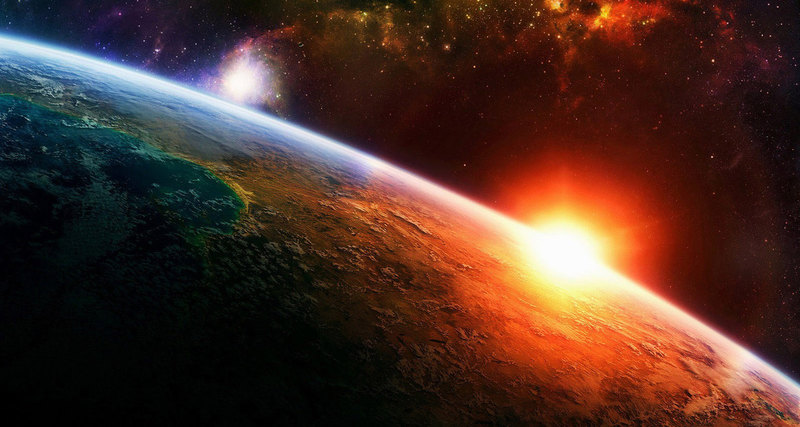 June 6, 2018 Earth will pass aphelion – the most remote point from the Sun of its orbit.

“Our planet on July 6, 2018 at 19.46 Moscow time will be at the furthest point from the Sun of its orbit, at a distance of 152 095 566 kilometers. Passage of aphelion means that on this day the sun will have the smallest visible diameter. Because the Earth in aphelion is five million kilometers farther from the Sun than at perihelion, the apparent size of the solar disk in the aphelion is less than at perihelion. This difference is insensible to the eye, as the change in disk size occurs smoothly within six months, “the Moscow Planetarium said in a statement.

The word “aphelion” is of Greek origin, literally means “from the Sun”. By this word, astronomers designate the point of orbit of any celestial body moving around the Sun, which is farthest away from the star. There is a misconception that the change of seasons depends on the distance to the Sun, that is, the farther from the Sun the Earth is, the colder it is and the winter must be there. But now July and summer are in full swing, although the Earth passes the farthest point of its orbit, and this does not affect the change of seasons.

The change of seasons is due to the fact that the axis of rotation of the Earth has an inclination to the plane of the earth’s orbit, and not at all because the distance from the Earth to the Sun changes. Due to the fact that now the Earth is farther from the Sun than in winter, our planet is moving in orbit slower than it will move in six months. This means that the astronomical summer (the time from the summer solstice to the autumn equinox) lasts longer in the Northern Hemisphere than the winter for five whole days.

The Earth circulates around the Sun in 365 days 6 hours 9 minutes and 10 seconds. The earth moves around the Sun in an elliptical orbit, with an average speed of 29.765 kilometers per second. The nearest point to the Sun of the Earth’s orbit is called the perihelion, the Earth passes it in early January, it is more than 147 million kilometers. The farthest point, aphelion, the Earth passes in the beginning of July, appearing on distance more than 152 million kilometers from the Sun.