On Jupiter the cyclones raging giant 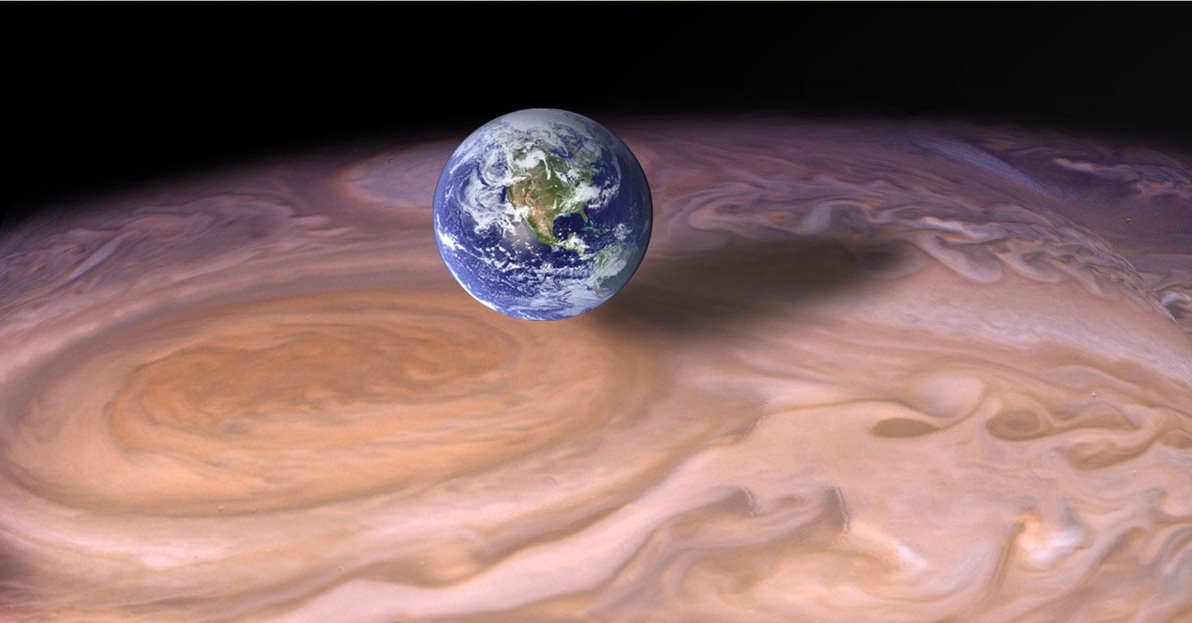 An unexpected discovery was made by NASA scientists after the second convergence of the space station “Juno” with Jupiter. In the images, who captured the camera-JunoCam telescope, they could see a huge cyclone.

Its size, the researchers were able to identify the shadows in the photos. Scientists say this is probably the most powerful cyclone they have ever seen. [Scott Bolton, a researcher of the program “Yunona”]: “can you Imagine in what atmosphere you would get if flying over Jupiter on the plane or even worse – on a balloon. You would see a tornado the size of a half of the Earth and a height of almost 100 kilometers. It’s a beast-cyclone”.

The mission “Juno” began in August 2011 in the framework of the NASA “New frontiers”. Its purpose was to study gravitational and magnetic fields of Jupiter and to test hypotheses about the presence of a gas giant solid core. Space probe entered the orbit of Jupiter in July of this year. This week interplanetary station went into safe mode. All scientific equipment “Juno” shut down.

However, it can still communicate with Earth. As reported by NASA, the space probe switches to safe mode with contingencies. According to the Agency, currently the spacecraft is in normal condition. NASA hopes that the onboard computer will fully restore scientific equipment by December 11. On this day, “Juno” again as close to Jupiter.